How Not to Waste Another Summer 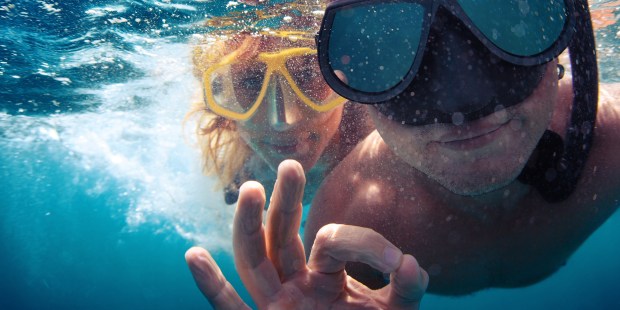 … and what to do with the gift of time

If you were ordered to get ready for summer, how would you do it?

In a perhaps more innocent and idyllic time, you might follow the example of Nat King Cole’s song, “Those Lazy-Hazy-Crazy Days of Summer,” beginning with the cheerful lyrics:

For nearly all of my life, I have been either a student or teacher in one form or another. For nearly all of those years, the onset of the summer meant the advent of a season that promised more than any span of human time could bear. It offered a relief from the tedium of chores imposed upon me against my will, and it offered, however imperfectly, a chance to live my dreams.

When I was a little boy, suffering from the indignities incurred by learning penmanship and multiplication tables and the like, I would ask my mother how many Saturdays there would be during the summer break. At that time, Saturdays were for me the high holy days of all the freedom that summer represented, because on Saturday morning, there would be my favorite cartoon TV shows, such as Jonny Quest and The Herculoids. When I was a university student, summer breaks afforded me the opportunity to work full time and earn money for books and other expenses I would incur during the academic year. When I was in graduate school, summer was a time when I could conduct research without the demands of classes. But it was the summers when I became a university professor that summer time represented the greatest spiritual danger—because I expected that finite amount of time to satisfy infinite needs.

I have described the start of a university academic year as “being strapped onto a roller-coaster ride that lasted for nine months.” When that calamity ended with graduation, most academics I knew would collapse from exhaustion, and then awaken to look at the summer weeks with both hope and dread. I myself would look at the calendar and say, “How shall I squeeze into three months a year’s worth of writing and a year’s worth of living?” I never found an adequate answer to that question, but would strive to live as if summer posed a problem that could be solved—with predictable results. I would always start the coming academic year having failed to heed the advice that I would give to my students: “Don’t start the new academic year tired.”

What is the moral of this story for all Christians, whether summer time is a three-month break between academic terms, or one has only a week-long summer vacation, or whether summer time is simply another stretch of SSDD (“Same-*STUFF*-Different-Day”)? We humans are finite, with an inescapable longing for the infinite. No matter what we do, we cannot say, “This is enough.” No matter what we have or achieve, we cannot say, “It doesn’t get any better than this.” We humans are impaled upon the horns of a dilemma. On the one hand, we are limited by time and space, with a body that is here and not there, a body that is now and not then. On the other hand, we are also infinite, with an immaterial soul that cannot be satisfied by anything material. Even with all of the free time and all of the resources of this life, we will always fall short of what we want. No wonder a summer break, of any kind or length, will leave us disappointed!

What then, shall we do, as free time, whether of an hour’s duration or a summer vacation is offered to us? First, let’s admit in humility that we cannot satisfy ourselves—only God can do that! Next, let’s resolve to be a good steward of the time and resources we do have. In whatever circumstances we find ourselves, we don’t have to settle for boredom (which is simply the pain of unused gifts); we don’t have to strive for perfection (which is unattainable in this life); and we don’t have to accept the mania of striving to placate every momentary desire—which is the temptation of consumerism.

Instead, at the start of every season, at the beginning and end of every time of work, we might recall the wisdom of the third commandment and take a time of proper rest. If we do that, then we might avoid the temptation to do too much even as we avoid the temptation to do too little, and so work as God works and rest as God rests, which is to say, to work and rest always and only for love.

When I write next, I will offer a meditation on Pentecost. Until then, let’s keep each other in prayer.

Father Robert McTeigue, SJ, is a member of the Maryland Province of the Society of Jesus. A professor of philosophy and theology, he has taught and lectured in North and Central America, Europe and Asia and is known for his classes in both rhetoric and medical ethics.  He has long experience in spiritual direction, retreat ministry and religious formation and is now engaged in pastoral ministry in parishes.