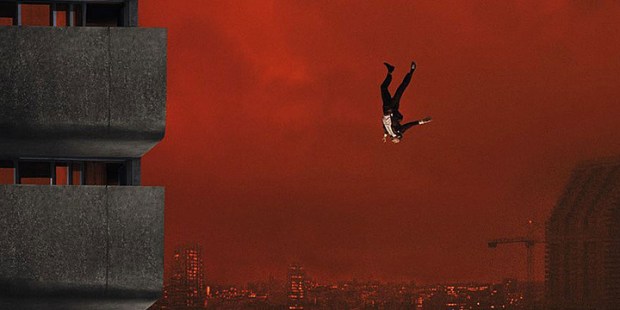 These quirky offerings seem unintentionally to suggest that without Catholicism’s socio-economic teachings, we are doomed

There are not one, not two, but three whole movies about the evils of our world’s hierarchical social class systems opening this weekend. So, which one to review?

Well, the previews for Jodie Foster’s Money Monster looked insufferable, and having just received stitches for a fairly gruesome dog bite, I didn’t see the need to inflict any more pain on myself.

Next was Yorgos Lanthimos’ The Lobster, a strange little tale set in a dystopian future in which all single people are taken to a secluded hotel and forced to find a mate. Failing to do so, they are physically transformed into animals and sent to live in the wild. The Lobster is the kind of quirky independent film that is well made, often thought provoking, and ultimately of interest to about ten people in the world. If you are one of those ten and happen to stumble across this article, email me and we can talk about it.

Which leaves us with High-Rise, director Ben Wheatley’s adaptation of J. G. Ballard’s famed 1975 novel of the same name. The movie begins with Dr Robert Laing (Tom Hiddleston) sitting on his balcony eating barbecued dog while reflecting on how he came to be living in such a state. (Hmm, maybe the dog that bit me knew I had just watched this movie and decided to proactively take me out first.) Laing, it turns out, is just one of the hundreds of new tenants in a recently constructed 40-story high-rise designed by its architect (Jeremy Irons) to provide its occupants with every possible convenience. The building has everything from its own school to its own supermarket. There is little reason for anyone to ever leave the premises and, eventually, nobody does.

No one ever accused a Ballard story of subtlety. The building is an in-your-face literal allegory for Britain’s perceived three-tier socio-economic structure. The architect, not coincidentally named Royal, and his wealthy friends live on the topmost floors, while the working class, led by a man also not coincidentally named Wilder, occupy the lower levels. Living in the middle are Dr. Laing and other blue collar professionals. Don’t worry if you don’t catch onto the symbolism at first; by the time the wealthy inhabitants of the upper levels throw a costume party where everyone is dressed in pre-revolutionary French wardrobes complete with powdered wigs, you will.

As the building’s swimming pool begins to fill up with dead bodies, those who prefer a little common sense in their movies may start to ask why someone doesn’t just walk out the front door and call the cops. But, of course, that’s one of the main points of the story. Everyone in the building is a willing participant in a class system that is destroying them. Even as the situation inside the structure begins to resemble a Mad Max movie and dog meat becomes a delicacy, the tenants on the lower levels, rather than simply leaving, still try to figure out a way they can improve their social standing and move up a floor or two where things will certainly be better.

Such a nihilistic tone is unsurprising given Ballard’s well-known militant atheism. It’s notable that one of the few amenities not provided in the titular high-rise is a chapel of any sort. And that’s a shame, because the residents could surely have benefited from hearing the Church’s teaching that “socio-economic problems can be resolved only with the help of all the forms of solidarity: solidarity of the poor among themselves, between rich and poor, of workers among themselves, between employers and employees in a business, solidarity among nations and peoples. International solidarity is a requirement of the moral order; world peace depends in part upon this.” But, alas, such a voice is missing from the high-rise, and so its occupants are doomed.

Ballard’s novel was often considered unfilmable due to its graphic content and sometimes incomprehensible plot, but Wheatley and his crew have managed to make something watchable out of it. Whether you’ll actually want to watch it or not is another matter. That likely depends on your tolerance for artsy social satire with a pitch-black comedic bent. And, of course, for those who prefer movies where the dog makes it to the end, High-Rise is right out.