“If I’m making music, I want to make sure it has purpose.”

Can you feel the darkness tremble?

Josh Blakesley is one of the seasoned veterans among our artists here at Cecilia.He has four albums under his belt, has played alongside the biggest names in Christian music, and has even performed at several international papal events.

The band’s latest music video is for their song “Hope Comes Alive.” With Blakesley’s experience vast experience in ministry, we wanted to chat with him and ask him a few questions about this theme of hope:

Josh, in your song you say “This is where hope comes alive.” What are you referring to?

“This” is that moment when God’s people are gathered together. “Where two or three are gathered in my name, there am I in their midst” (Mt 18:20). It’s when we come together to be part of the kingdom of God. That’s where hope comes alive.

It was written as a gathering song. We thought, “How can we capture that moment, that time? How can we draw people into that moment?” And of course it’s especially applicable to the Eucharist.

A lot of people are discouraged by this generation of Catholics. What would you say based on your experiences with them at conferences and retreats? Do you see reason for hope?

They’re right. They’re a lot to be worried about. St. John Paul II told us, “Do not be afraid,” and we need that message today. It takes some level of fearlessness to approach our friends or our families and say what we believe out loud.

But I see a lot of cause for hope. Every time we do a conference, retreat, etc., I see lives being changed. There’s a regular retreat we do here in Louisiana. These adults come, many of them who are so set in their ways. They come and meet God for the first time. They’re coming into full communion with God and realizing what it means to be part of the Church. It’s inspiring.

God doesn’t rest. He hounds every single one of us. He wants to be in relationship with us.

You told me a little about this conversion moment you had when you were 15. What was that, and how did hope come into play there?

When I was about 15, I had a light bulb moment. I had been playing music in a rock band. We were playing in nightclubs, out late, getting paid. One night, it was really late, about one or two in the morning – bars just get sloppy at that time of night – I was playing drums and all the people out there on the dance floor just looked miserable. People go to bars and try to find happiness at the bottom of a glass. And it’s so fleeting. And it gets to the point where they aren’t even enjoying it anymore. They’re doing it because they have to. I saw people chained to those glasses, to those bottles. A hopelessness. That night I thought, “If this is what music is about, I don’t want to do it anymore.”

This went a step further when a close friend of mine from youth group died in a drunk driving accident. At her funeral I realized that I have to find purpose and meaning in everything I do. If I’m playing music in a nightclub for people trying to find happiness in a bottle…that’s not it. If I’m making music, I want to make sure it has purpose, and has purpose for Him. I turned around, dropped out of the band, and started playing with people in my youth group. And I haven’t looked back since then.

“Hope Comes Alive” is from Josh Blakesley Band’s latest album Even In This, which is available on iTunes. 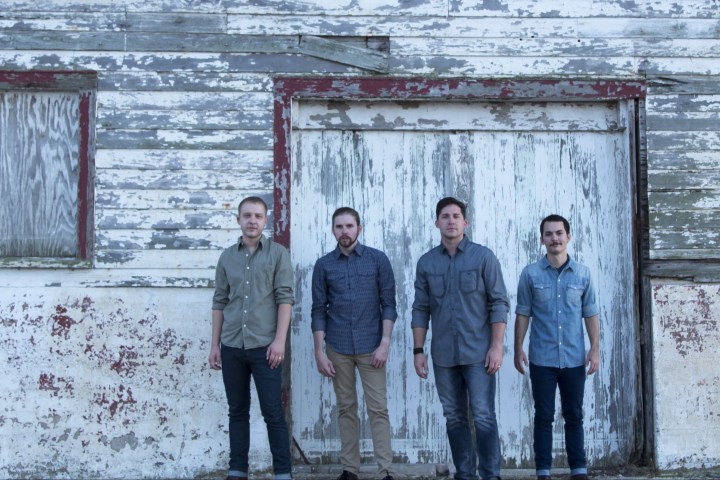