In Search of Spiritual Guidance? Look to the Bees 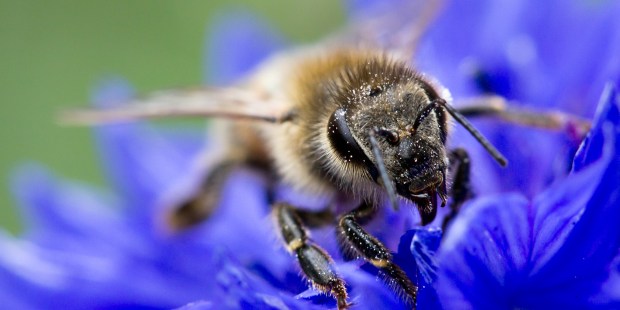 Monks and nuns have been beekeepers for centuries, in no small part because of the spiritual insights bees can share

It might seem strange to hear that the honeybee is such a highly regarded animal in the Catholic Church. Many people either run in fear when a bee approaches, or run to get something to kill it. Between the fear (often justified in the case of people allergic to bee venom) and the recent decrease in the worldwide honeybee population, prompting the USDA to provide $8 million to help boost beekeeping, bees are having a hard time of it.

This is unfortunate, as the bee is a marvelous part of God’s creation that can teach us much about the spiritual life. Monks and nuns have been beekeepers for thousands of years, and through their first-hand experience, they recognized the spiritual value of this small creature.

First of all, the bee is traditionally seen as a symbol of the Church. This is because the beehive is known scientifically as a “super-organism,” which means that bees cannot survive on its own and depend upon the division of labor in the hive. Each bee is given a specific task, whether it is building the comb, foraging for nectar, scouting the area, or tending to the developing bees. They all work together in unison for the good of the hive under the leadership of the queen.

This echoes the words of Saint Paul in reference to the Church, “Now you are the body of Christ and individually members of it. And God has appointed in the church first apostles, second prophets, third teachers, then workers of miracles, then healers, helpers, administrators, speakers in various kinds of tongues. Are all apostles? Are all prophets? Are all teachers? Do all work miracles?” (1 Corinthians 12:27-29)

We are the Body of Christ and depend on each other and the specific gifts God has given us. Our gifts are meant to complement each other and are directed toward the good of the Church. That is why it is essential for a disciple of Christ to discern and use the spiritual gifts that he or she been given.

Secondly, the bee is associated with wisdom. Bees collect nectar from a flower and then return back to the hive to transform it into honey. It is analogous to someone who listens to the word of God, retreats to their “inner room” and meditates on it, savoring its sweetness. This is described in the book of Revelation when St. John writes, “So I went to the angel and told him to give me the little scroll; and he said to me, ‘Take it and eat; it will be bitter to your stomach, but sweet as honey in your mouth’” (Revelation 10:9).

Saint Francis de Sales uses this activity of bees in a different analogy, relating it to the sacrifice of the Mass, “When the bee has gathered the dew of heaven and the earth’s sweetest nectar from the flowers, it turns it into honey, then hastens to its hive. In the same way, the priest, having taken from the altar the Son of God (who is as the dew from heaven, and true son of Mary, flower of our humanity), gives him to you as delicious food.”

Last of all, bees are seen as an example of perfect discipleship. They assiduously follow the orders of the queen and will even die for her sake. When a honeybee stings someone, it is always a defensive sting to protect both the honey and the queen. During the process, the bees’ stinger gets stuck and often dies when it pulls away. This reminds us of our obligation to follow the teachings of Holy Mother Church and to be willing to defend her truth at all costs.

Bees are amazing creatures and can give us great insight into the spiritual life. I personally have learned much from them since I began the adventure of beekeeping. I look forward to sharing additional insights as I work with them, care for them and harvest the honey they produce.

It is through God’s creation that he seeks to teach us more about himself and how to draw closer to him. Let us be attentive to the natural world around us and recognize the whispers of God.