Why Make a Shame of the Cross? 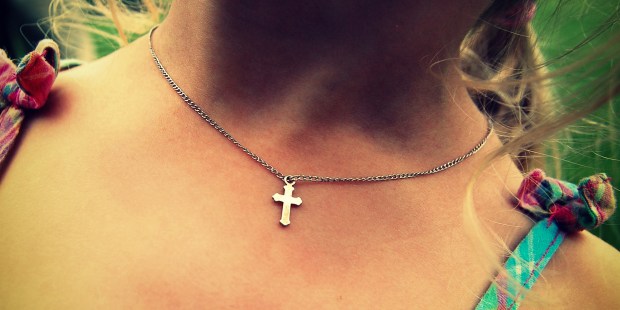 Jesus died in the daylight, so there is no need to hide our struggles from the eyes of others

I became Catholic like St. Paul did: From the minute I encountered Christ, everything changed. I had a fiancé, four kids and three step children. I was sure that after getting married in the Catholic Church, everyone around me would see the differences in my life and I would be Catholic forever.

I thought my conversion was the beginning of my happily ever after, regardless of how broken my life before the Church had been.

That isn’t quite what happened.

Instead, every new crisis adds to the stress caused by the multiple crises before it. And every time, I find myself looking up at the crucifix, wondering why I ever thought that this Catholic thing was going to be so easy.

I’ve tried so many ways to get me and everyone in my life acting how I think we should. I don’t get mad at God anymore because I’ve learned, after trying it plenty of times, that that really doesn’t help anyone. But I’ve tried everything else. In one bout of despair, I stopped going to Mass; at another time, I went to all the Masses. I’ve prayed the rosary and novenas; I’ve talked to priests and talked to therapists. I have set up GoFundMe accounts and seen the love of God in action when people donated, and I’ve felt the loneliness when people didn’t. There is absolutely nothing that I haven’t tried in order to relieve in “the Catholic way” some of the consistent struggle and pain of life.

What I am coming to realize is that this struggle is the Catholic way.

Most stories of the saints are tidied up; they give the impression that saints never did anything wrong. That isn’t Catholicism. Saints are human; they had their struggles and their sins. Being a saint doesn’t mean doing no wrong; it means loving Jesus enough to take our wrongs to Him, and trust that He will make something out of us anyway.

Why then do we try to whitewash everything? Why does our struggle make us feel alone and ashamed?

I feel alone in my struggles. It doesn’t feel like other Catholics suffer the way I do, with kids who are gay, mentally ill, involved in illegal activities and refusing to go to Mass. I feel a tremendous pressure to pretend none of those things are happening and to sterilize the struggles by using different terminology, like “same-sex attracted.” No, my child isn’t just attracted to the same sex; she wants to love someone who is the same sex and live a life with her just like I do with my husband. She wants to give herself to the person she loves and not feel like there’s anything wrong with that. When she looks at me and asks me why she can’t just love her person and be happy like everyone else, sterile terminology doesn’t work, because this human being that I carried in my womb, raised, loved and hoped for just wants to have what the rest of us have. I know that God’s plan for human love still stands, but I also can’t expect this child, who is full of pain, to just accept that because I said so. That isn’t how life works. If it was, then there wouldn’t be lines for confession, because we would all just be perfectly obedient.

But who is that? I have to let her find God on her own, in her own way and with her own suffering.

This is motherhood. This is life. This is Catholicism. Not some squeaky clean magic formula of prayers and blessings that somehow cure all the sufferings and pain.

We are people of the Cross; there’s no need to hide our struggles from the eyes of others. Jesus didn’t die on the Cross in the dark of night. He hung on that cross in the light of the afternoon so that everyone could see Him and understand that salvation costs something. Always.

Let all of our crosses hang in the light — not only to witness to the world that we are His, but also to help each other in our struggles, to show the cost so that nobody feels alone.

I am so scared for my children. I am so scared for myself. But as a Catholic, I should never be scared to ask for prayers or help because I’m ashamed of the cross I’m carrying. I should completely trust that I can ask someone to help me carry it. Even Jesus needed help carrying His.

Leticia Ochoa Adams is a regular contributor to the Jennifer Fulwiler Show at the Catholic Channel on Sirius XM. She writes at http://www.letiadams.com and has a blog at patheos.com.