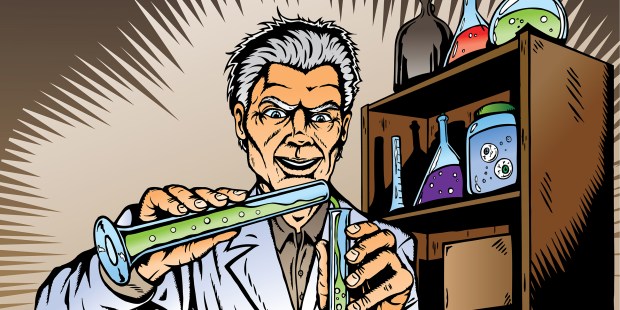 The secularist can only wish for more life, but it’s no way to live, hoping not to die

We’re not, really. It’s secularist wishful thinking. “We’re Closer Than Ever to Bringing the Dead Back to Life” ran the headline in The Observer, a New York City weekly.

The writer’s evidence: the National Institute of Health has given a biotech company called BioQuark permission to start “clinical trials on 20 brain-dead patients on life support. In an attempt to bring them back from the dead, scientists will test a variety of therapies over the course of a month—from injecting stem cells to deploying nerve-stimulating techniques often used on coma patients.”

As you may have noticed, the subjects aren’t exactly dead. They’re only on “life support” because they have life to support. The scientists themselves assume that these people may have some deep hidden mental life that medicine can revive. The better headline would be “Maybe brain-dead isn’t really dead.”

As Ted Furton of the National Catholic Bioethics Center noted in a message to me: “If brain dead patients are ‘brought back from death,’ then that would be proof that the neurological criteria are not valid and should be abandoned. It would be a clear sign that these patients were not dead to begin with, but instead exist in some profound unconscious state from which they can be revived.”

The Hope of Defeating Death

The geeky magazines and websites run a lot of stories about the scientific hope of defeating death. Mostly they cover the attempts to lengthen our lives or keep us from dying in the first place, but they sometimes go the next step and cover attempts like this one to reverse death entirely.

They seem to me a little desperate, partly because they twist the science they claim to trust. Ted noted that the writer (and the all the geeky magazine writers and readers he represents) “apparently assumes the materialistic premise that we are nothing more than bodily beings.” Although many scientists believe this, “no scientific experiment has ever shown that life is reducible to matter. We hear a lot about supposed successful experiments in this area, but the difference between living and nonliving things is very deep and radical. It has not been bridged and it may indeed never be bridged. Personally, I think it is impossible.”

It makes sense, that if you think this life is all you have you’d want as much of it as you could get. And I don’t make light of the desire to avoid death. Death sucks. I’ve been thinking about it a lot lately, as I’ve watch a beloved friend slowly dying. (See this and this.) Happy happy Christian talk makes me angry. Death sucks no matter what.

But so does this secular fear of death. It’s no way to live, hoping not to die.

We — Christians — believe in the resurrection of the dead and the life of the world to come and this frees us from the secular fear of death. It lets us accept with serenity the reality that the difference between living and nonliving things may never be bridged. People who don’t have any belief and hope in the world to come have to play around with corpses. We don’t.

Better, though, it makes this life so much more dramatic and significant. We don’t just live on, we live on in a particular way determined by the way we lived in this life. This life matters infinitely more than the geeks can know.

The writer of the book of Hebrews tells us, “It is appointed to man once to die and after that the judgment.” Jesus described that judgment in the sheep and goats passage in Matthew (21:35-46), and he set a very, very high standard for being a sheep.

C.S. Lewis warned us about this in Mere Christianity: “Every time you make a choice you are turning the central part of you, the part of you that chooses, into something a little different from what it was before,” he wrote.

And taking your life as a whole, with all your innumerable choices, all your life long you are slowly turning this central thing either into a heavenly creature or into a hellish creature: either into a creature that is in harmony with God, and with other creatures, and with itself, or else into one that is in a state of war and hatred with God, and with its fellow creatures, and with itself. To be the one kind of creature is heaven: that is, it is joy and peace and knowledge and power. To be the other means madness, horror, idiocy, rage, impotence, and eternal loneliness. Each of us at each moment is progressing to the one state or the other.

We’re probably not closer than ever to bringing the dead back to life. But each day each one of us is closer to being dead. And that’s good news.