What About Catholic Millennials? Will They Save Us or Seal Our Doom? 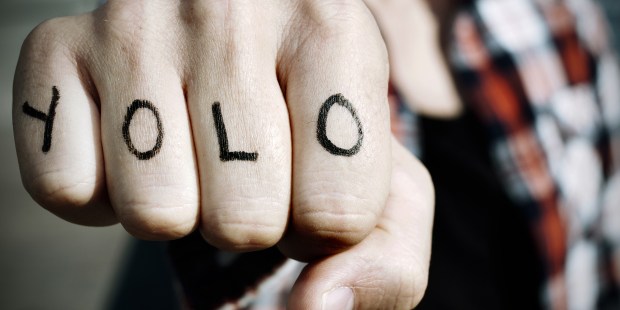 Millennials can be scary, but they can also be inspiring

Should we be worried about the millennial generation? A few years ago Time Magazine called them the “Me, Me, Me Generation” and gave a stark profile of “lazy, entitled, selfish and shallow” young people who will soon be rising in the ranks of America to become powerful CEOs and headstrong politicians.

Is this a good thing? Will they save us, or lead our country to its ultimate ruin?

What about Catholic millennials? Do they fit the same mold? Is there some hope for the future?

The good news is that yes, hope can be found in the rise of millennials, but it may not be in the manner we most expect. The world has greatly changed over the past few decades, and former methods of reform and evangelization simply do not work.

When it comes to millennials, this is a good thing, because instead of resisting change they embrace it and are not bound by traditional molds. They get the next iPhone, upgrade to the latest OS, and flock to the newest social media network. Change does not bother them, which is both a blessing and a curse.

It means they are less rooted in the past and are always looking toward the future. Parents taught them to be innovators, not to be restricted by the social constructs of previous generations. They told their children to “be whatever you want to be” and “pursue your dreams.” This has resulted in a generation that not only welcomes change, but seeks it out.

The internet has only reinforced this idea, offering unlimited potential to anyone with a computer. Nothing seems “off limits” to this generation. Joel Stein commented on millennials’ unbounded pursuit of change, saying,

“They are the most threatening and exciting generation … not because they’re trying to take over the Establishment but because they’re growing up without one … The information revolution has further empowered individuals by handing them the technology to compete against huge organizations: hackers vs. corporations, bloggers vs. newspapers, terrorists vs. nation-states, YouTube directors vs. studios, app-makers vs. entire industries. Millennials don’t need us. That’s why we’re scared of them.”

Millennials can be scary, but they can also be inspiring. Catholics in this generation have taken the opportunity to become innovative leaders in the “New Evangelization.” They are responding to the call of St. John Paul II for modern-day preaching of the Gospel that is “new in its ardor, methods and expression.” Catholic millennials are not afraid to embrace the New Evangelization, and are making enormous strides in the digital Areopagus.

For example, Brandon Vogt, Content Director at Word On Fire, developed an online forum for atheists to engage in dialogue with Catholic apologists, and created an innovative series designed to help parents bring their children back to the faith.

Matthew Warner, an experienced web developer, founded Flocknote to help parishes connect with their parishioners using email and text messages. It has changed the way pastors communicate with their flock, making parish announcements a thing of the past.

Then there is Cassie Pease, who has used her artistic talent to “evangelize the world … one iPhone wallpaper at a time.” The list goes on and on, not to mention the hundreds of FOCUS missionaries who are changing lives on college campuses across the country through personal evangelization.

It might be true that some millennials are “lazy, entitled, selfish and shallow,” but when they live up to their potential, they are highly motivated, grateful, generous and deep. They are often known as the “pro-life generation” and are certainly more pro-life than their parents. Millennials are a generation that may have difficulty making decisions but when they do, they stick to them.

Speaking as a part of the millennial generation, I would say that you shouldn’t underestimate us. We may have many faults and spend too much time on Instagram, but we are also changing the world through these non-traditional methods.

Will the millennial generation be the end to us all? Maybe. But they will also save us in ways we might never have imagined.

[Editor’s Note: Take the Poll – Will Millennials Save the World]