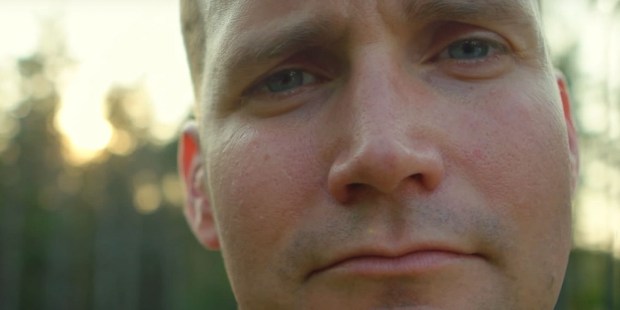 As Brittany Maynard was preparing to take advantage of Oregon’s assisted suicide law in 2014, former Marine J.J. Hanson was going through the fight of his life.

Hanson had the same condition as Maynard, the 29-year-old Californian who very publicly decided to end her life rather than suffer through what was thought to be an incurable brain cancer.

But while Maynard opted for a “final exit,” creating controversy and buzz and, some believe, momentum for the assisted-suicide movement, Hanson went through a transformation.

He had not given the issue of assisted suicide much thought up until then. If pressed, he might offer a feeble, “I don’t think it’s right, but I’m not going to try to stop you if you think it’s right for you.”

But on May 13, 2014, he was diagnosed with glioblastoma and told that he’d have four months to live—perhaps up to a year.

“It’s been difficult, and the difficulties are what really brought me around on the issue of assisted suicide,” he said in an interview this past week, having beat the original odds his doctors gave him. After first getting the grim news, he and wife Kristen looked for answers and alternatives everywhere they could. Hanson had surgery, chemo and radiation, but he was also accepted into a clinical trial for an experimental drug. The medication made him sicker than he had been from the chemo.

Hanson had a promising start and a hopeful future before his diagnosis. He earned degrees in political science and public service, served with the Marines in Iraq, and held a good position in the administration of former New York State Gov. David A. Paterson.

But the cancer—and the strains he was experiencing during the experimental treatment—threw him into a depression.

“And the question came within my mind, ‘Is this worth the fight, or should I just give up? Should I stop fighting and go a different route?’ Because everyone was telling me this is unbeatable. I was told by three different doctors that I couldn’t beat the disease.”

Maybe it was the Marine in him that led him to carry on.

“I was a fairly strong person. I said, ‘We’re going to fight this with everything we can.’ And my motivation came back very quickly and I got over the difficulty I was going through at that point.”

Hanson now is taking his fight up a level. As president of the Patients Rights Action Fund, he is speaking out against a move to legalize physician-assisted suicide in his native New York State.

On Monday, the state Assembly’s health committee was expected to vote on a bill that would legalize the practice. Hanson said he expected a close vote in the committee, but he didn’t feel the legislation would get too far in the full Assembly and Senate.

He wasn’t leaving it to chance, though, and on Friday he was working the phones with members of the health committee.