Pope Francis’ ‘Time Is Greater Than Space’: What Does It Mean? 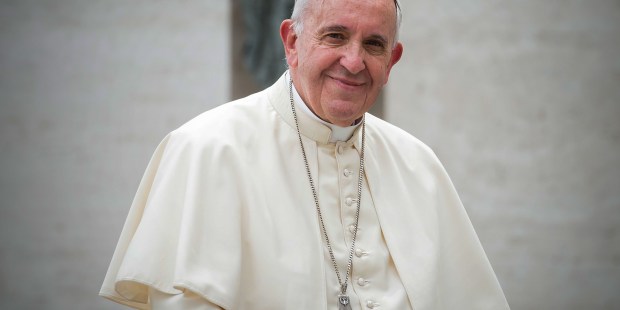 If we want to unlock the mystery that is the mind of our Holy Father Pope Francis, at some point we have to wrap our own minds around the phrase “time is greater than space.”

That enigmatic expression is there in his first and second encyclicals, Lumen Fidei and Laudato Si’. It’s also there in both of his apostolic exhortations, Evangelii Gaudium and the still-new Amoris Laetitia. More than just an odd turn of phrase, it’s a fundamental principle residing inextricably in the very fabric of the pope’s deeply-held vision of how we need to live. It’s also a key to understanding his intention in writing his synod-summarizing exhortation Amoris Laetitia.

In Lumen Fidei (no. 57), Francis tells us: “Let us refuse to be robbed of hope, or to allow our hope to be dimmed by facile answers and solutions which block our progress, ‘fragmenting’ time and changing it into space. Time is always much greater than space. Space hardens processes, whereas time propels towards the future and encourages us to go forward in hope.”

For Pope Francis, time is greater than space because the pathway to authentic human progress is “process,” which is itself a function of time. Because time is fluid and in motion, it represents the key to avoiding getting “stuck” in space, so to speak. If we try to fill space with short-term solutions and stark and static answers to problems with no thought of how we can really move forward from that point, we short-circuit time itself and cut off ourselves from a more hope-filled future.

In Evangelii Gaudium, Pope Francis gives us his most detailed thinking on what he means by “time is greater than space”:

It is clear in the above paragraphs that Francis wants us to avoid attempting to merely “possess” spaces—grabbing for power and control in the present moment—and instead work to build up people, which is always a more complicated and longer-term project.

This idea comes through quite explicitly in Laudato Si’, his encyclical on “care for our common home.” There, he writes: The myopia of power politics delays the inclusion of a far-sighted environmental agenda within the overall agenda of governments. Thus we forget that “time is greater than space,” that we are always more effective when we generate processes rather than holding on to positions of power. [paragraph 178]

The Holy Father also has expressed this contrast between “space” and “time” in other speeches and addresses—it’s not merely an occasional cliché or catch-phrase.

Having gotten a glimpse of this vision, only now are we really equipped to examine “time is greater than space” as it’s found in Amoris Laetitia. While the expression makes its most prominent appearance in paragraph 3, let’s look first at what he says all the way down in paragraph 261 (on parenting), because the latter paragraph will help us better understand what he really means in the earlier one:

That last sentence is essential to our properly understanding his meaning here, in his introduction:

Here is the bottom line—our Holy Father is a process-starter and not a space-dominator. And all the hand-wringing in the world is not going to budge him an inch closer to dominating “spaces” by simply—and statically—issuing additional “space-filling” decrees or re-statements of existing teaching or practice (such as, for example, the non-reception of Holy Communion by the divorced-remarried-not-annulled). That’s just not what he does or even tries to do. Clearly, Amoris Laetitia is a “process-building” document—it’s a summary of the two-year-long synodal process. It’s not an attempt to fill spaces.

And we need to accept it as such.