They Say There’s No Such Thing as Coincidence 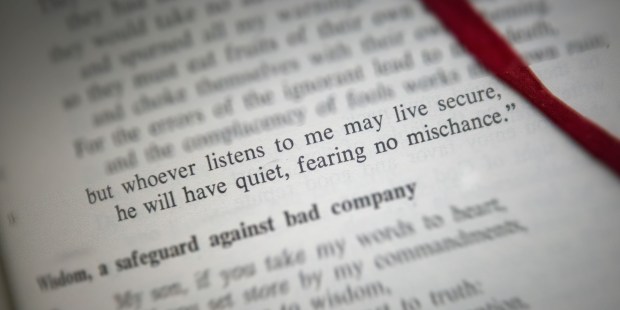 So what did it mean that the numbers 1:33 kept popping up in my life?

I had just set the microwave to 1 minute, 33 seconds for what seemed like the ten-thousandth time. It was early in the morning at work. The halls were quiet as I was the only soul in. As I was standing there waiting for my oatmeal to finish, suddenly it hit me. Ever since my childhood, I had always set the microwave to this same time when warming up my oatmeal or any other cereal. It seemed like just one of those random habitual practices that develop for no reason, but become as steadfast as the required actions of the day. But standing there, the words came to me, “Always remember 1st that I died for you at the age of 33.”

It was 2011. I headed out for a morning training ride as I prepared for the Louisville Ironman that would come less than three months later. But unlike every other early start, this one had a deeply personal purpose. As I detailed in my book “Into the Rising Sun” and in previous articles (including one for Aleteia), it was the year anniversary of a horrific accident on Father’s Day that started out as a fun family activity on a river trail. Less than 24 hours later, our 4-year-old daughter, Emma, got what every child wants on her birthday: an emergency craniotomy complete with 7 new titanium plates in her forehead. A year later, though, her full recovery had been nothing short of miraculous; I had planned the night before to bike down to the river to celebrate this beautiful reality. But that morning I inexplicably headed north as the sun peaked above the horizon. As I approached a small bridge, three deer appeared, and a few seconds later, one jumped out in front of an oncoming car. The car hit it, and it levitated in the air. The deer flew right towards me, leaving me with only one option: duck as low as possible into my aero bars and push hard on the pedals. It passed over me, and landed with a thud on the bridge, and became one more detail in a story that I knew must be told. Fourteen months earlier, I had turned 33 on Good Friday. Now, I encountered a sacrifice that passed over me exactly a year after our daughter had been spared.

A year or so prior, I was out jogging one day after a light snow the evening before. As a car approached me and began to slow down, another driver attempted to quickly pass on the right until abruptly spotting me. Realizing that he didn’t have time to stop, the driver swerved off the road into the front yard of an adjacent home. It was a startling situation, one I hadn’t encountered before and hoped would not occur again. Years later, my sister and brother-in-law decided to move back to Evansville as their family grew. We were excited to have them nearby, and as the house search intensified, they suddenly found one up for auction less than 3 miles from our house. The day of the auction came early in January of this year, and the house was packed with at least 40 bidders. But by the end of the morning, the house was theirs. Just recently, they welcomed their fourth child, Leo, into their home (set to be baptized a day after this was written). Although the house was not very familiar to me, I knew the front yard well. Except this time, there was no car leaving tire tracks through the snow. Months after moving in, a thought once again came to me. I wondered how many miles their house was from that tiny bridge where the pass over had occurred. The answer came almost unsurprisingly.

The morning this article was written, I woke up to meet a friend for a brief ride. But the phone rang at 6:30, and it was obvious that he was not thrilled about the chilly, windy May conditions. I would be going solo this day. A few hours later, I had just passed by St. Philip’s Church on my way to the in-laws’, where Amy and the kids would soon arrive. The challenging conditions only added to the beautiful, rolling setting as I caught a northerly gust up another hill. My mind drifted back to those three sacred numbers and all the ways that they intersected with the movements and moments in my life. Again, an idea occurred to me. “Enter 1:33 into Google and see what pulls up first.” So I did. Proverbs 1:33. “But whoever listens to me will live in safety and be at ease, without fear of harm.”