On Honoring the War Dead: Lincoln at the Graveside 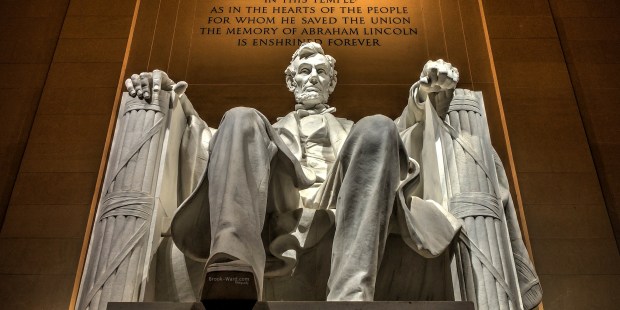 His purpose on the battlefield was neither to crow nor to incite. It was to commemorate.

In a modern culture that is adrift, it is good to be reminded of the True, the Good & the Beautiful. Each week it is my humble privilege to offer one selection from an indispensable Canon of essays, speeches & books which will light a candle in the darkness. It is a Canon I have assembled over many years that I hope will challenge & inspire each reader. But most importantly, I hope it will remind us of what is True in an age of untruth. And if we know what is True, we are more apt to do what is Right.

He was weary as he looked out at them. And the crowds were weary too. It had been nearly three years since it all began, and what a terrible three it had been. Theirs was a nation at war. But it was so much worse … because the nation was at war with itself. A family feud had devolved to fratricide. The blood of a brother cried out from the ground while the other asked, “Am I my brother’s keeper?”

Yes, Abraham Lincoln was weary. But by November 19, 1863, the day the President stood on the once-bloodied grounds of Gettysburg, Pennsylvania, the Civil War had reached a turning point. Surely, in the wake of the hard-fought Union victory at Gettysburg, there was temptation. It was the victors’ creeping temptation to triumphalism and retribution. The slain brothers must be avenged. The spilled blood must be ruthlessly accounted for. “On this day, let our leader say so,” many felt.

But Lincoln felt otherwise. His purpose on the battlefield was neither to crow nor to incite. It was to dedicate a National Cemetery and honor the war-dead. It was to commemorate. And this is what he said:

Four score and seven years ago our fathers brought forth on this continent, a new nation, conceived in Liberty, and dedicated to the proposition that all men are created equal.

Now we are engaged in a great civil war, testing whether that nation, or any nation so conceived and so dedicated, can long endure. We are met on a great battlefield of that war. We have come to dedicate a portion of that field, as a final resting place for those who here gave their lives that that nation might live. It is altogether fitting and proper that we should do this.

But, in a larger sense, we cannot dedicate – we cannot consecrate – we cannot hallow – this ground. The brave men, living and dead, who struggled here, have consecrated it, far above our poor power to add or detract. The world will little note, nor long remember what we say here, but it can never forget what they did here. It is for us the living, rather, to be dedicated here to the unfinished work which they who fought here have thus far so nobly advanced. It is rather for us to be here dedicated to the great task remaining before us – that from these honored dead we take increased devotion to that cause for which they gave the last full measure of devotion – that we here highly resolve that these dead shall not have died in vain – that this nation, under God, shall have a new birth of freedom – and that government of the people, by the people, for the people, shall not perish from the earth.

On Memorial Day, as we stand in the cemeteries and by the gravesides of the war dead, may we remember their struggle, may we commemorate their sacrifice, and may we honor the last full measure of their devotion.

It is altogether fitting and proper that we should do this.