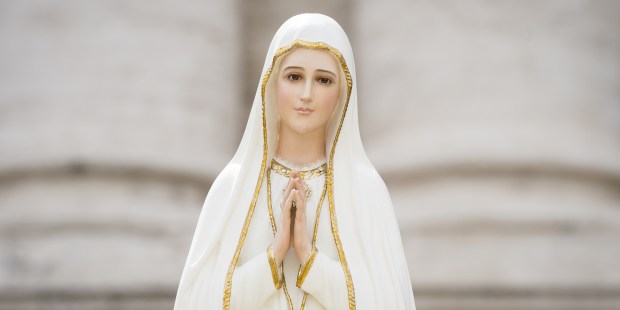 What does she want to tell us?

Over the course of history, the Blessed Virgin has visited mankind at particular sites around the world.

In the majority of Marian apparitions, only one person or a few people, quite often children, report having seen the Blessed Virgin, who at first they describe simply as “a Lady.” Yet there have been exceptions, such as her apparition in Zeitun, Egypt, where she is reported to have been seen by thousands of people: Catholic, Orthodox, Protestant, Muslim, and unbelievers.

According to Catholic Church doctrine, the era of “public revelation” ended with the death of the last Apostle. A Marian apparition, then, if deemed authentic by legitimate Church authority, is considered to be a “private” revelation. Concerning such revelations, we read in the Catechism of the Catholic Church:

Throughout the ages, there have been so-called “private” revelations, some of which have been recognized by the authority of the Church. They do not belong, however, to the deposit of faith. It is not their role to improve or complete Christ’s definitive Revelation, but to help live more fully by it in a certain period of history. Guided by the Magisterium of the Church, the sensus fidelium knows how to discern and welcome in these revelations whatever constitutes an authentic call of Christ or his saints to the Church. (CCC, 67)

Following a thorough investigation according to specific norms outlined by the Congregation for the Doctrine of the Faith, the Church will confirm an authentic apparition as “worthy of belief,” but belief is never required by divine faith.

Other apparitions have been approved by the local bishop, for example, the 2010 approval of the 19th-century apparitions of Our Lady of Good Help, the first recognized Marian apparition in the United States.