Is World Youth Day in Kraków Going to Be Safe? 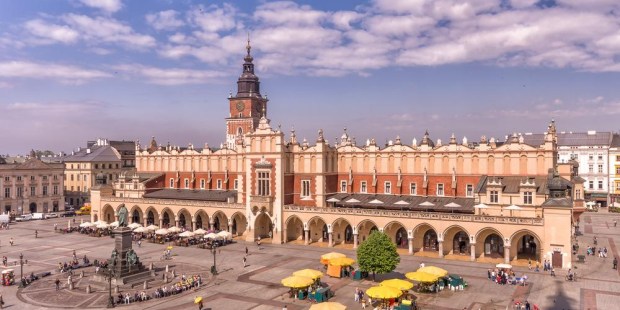 After US State Department travel alerts for Europe, Polish Prime Minister’s Office says there are no signs of enhanced terrorist activity in Poland and assures that security will be stringent

Is the World Youth Day going to be safe?

Our presence in Krakow is necessary for all those who are daily subject to fear, who see everyone and everything as a threat, and who have forgotten what joy means.

“We are alerting U.S. citizens to the risk of potential terrorist attacks throughout Europe,” reads the Europe Travel Alert issued by the US State Department of 31 May 2016. The document refers in particular to the security threats during the European Soccer Championship and the Tour de France cycling race, but also mentions the World Youth Day in Krakow, Poland.

As to the sporting events hosted by France, the US authorities explicitly mention “potential targets for terrorists”. By contrast, when referring to the event held in Poland, they only indicate the extraordinary security measures taken by the local authorities, which means that visitors to Poland should be prepared to undergo stricter and more frequent security screening. Still, the mere mention of the WYD in a travel alert might be a cause for concern and, quite naturally, did provoke a reaction of the representatives of Polish authorities and the organizers.

There are no signals of an enhanced terrorist scare

The above communiqué was commented upon by the Ministry of the Interior and Administration, who observed that for the duration of the World Youth Day Poland will impose border controls at all of its national borders. Visitors to Poland during this period should be prepared to show their passports and undergo stricter security screening throughout Poland; a ban on bearing arms will be in place. The pilgrims’ safety and security will be taken care of by as many as 20,000 police, more than 2,400 firefighters, 800 officers of the State Protection Bureau, and 1,500 Border Guards. The Ministry assures that the authorities will provide security both during the central events of the World Youth Day and during the events held in the dioceses throughout Poland.

The Prime Minister’s Office has adopted a similarly reassuring position and in its statement assures that to date it has received no signals of enhanced terrorist activity in Poland. The statement moreover underlines that Polish law enforcement authorities “cooperate in the relevant respect with their counterparts from the NATO Alliance.” According to the Polish Prime Minister’s Office, the travel alert issued by the US State Department “is of routine nature and does not arise from any intelligence about scheduled terrorist attacks in Poland.”

“We will not be intimidated,” Bishop Damian Muskus OFM, general coordinator of the WYD Organizing Committee, told journalists during a meeting in Krakow on June 1. Asked about the US State Department travel alert, he reiterated that the 2002 World Youth Day in Toronto took place within a short time of the 9/11 terrorist attacks in New York. Bishop Muskus pointed out that “Back then the WYD was not called off, nor did the organizers observe a radical drop in the turnout for the event. I am confident that the meeting in Krakow will be held in a safe and secure manner. We expect a large turnout. We would like to demonstrate our faith during the meeting, to express our joy and first and foremost to stand firm and show that we will not be intimidated. This is of paramount importance for us.”

Fr. Przemysław Śliwiński, spokesperson of the Archdiocese of Warsaw, calls for wholesome realism. According to him, there is no point in giving in to anxiety as WYD security is in the hands of a large number of qualified services and security issues top the organizers’ priorities list. On the other hand, it would be naïve to think that nothing will ever happen. Interviewed by Aleteia, the Warsaw Archdiocese spokesperson observed: “If we are advised to be cautious, it means that some threat may potentially exist. Will it, however, transform into real danger?”

When referring to the above situation, Fr. Śliwiński uses the following graphic metaphor: “It is pretty much the same situation as in the case of medical conditions to which people of a certain age cohort, living in a particular community, and with a certain genetic makeup are predisposed. What do we do then? We do not really think that this or that is bound to happen to us. Nevertheless, we run tests, avoid risky behaviours, etc. It is enough to be cautious and alert when in the midst of large gatherings of people, comply with the organizers’ security procedures, and report all suspicious behaviour to the appropriate law enforcement authorities.”

As Christ’s disciples, we have an important task to do

Fr. Jacek Szymczak OP from the Polish Catholic Information Agency also refers to the Toronto event, which he himself participated in. He recalls that in the summer of 2002 the world was still awed by the terrorist attacks from a few months before and that the media predicted that the event would be a failure. As the Dominican friar admits in an interview with Aleteia, “Pretty soon it turned out that the large congregation of young, smiling and enthusiastic people shook off their anxiety and proved wrong those who preferred to keep their distance, uncertain about the future. We demonstrated, not only to the Canadians, that good is stronger than evil. Our presence there showed a completely different picture of the contemporary world. We gave them hope and they were thankful to us for that.”

He adds that today, 14 years on, the world again needs the same sign, since millions live in a state of insecurity about tomorrow, in fear and frustration. As Fr. Szymczak observes: “Who, if not Christians, is to give them hope?” He highlights that our presence in Krakow is not only a matter of meeting with the pope, an encounter with Polish culture and the youth from around the world. It is not only great fun. “As Christ’s disciples, we have an important task to perform and we must show the world that our belief in God offers us the kind of hope that millions yearn for. It is not only Pope Francis who expects us to be in Krakow. Our presence in Krakow is necessary for all those, who are daily subject to fear, who see everyone and everything as a threat, and who have forgotten what joy means. We owe it to them,” said Fr. Szymczak.