Me Before You: Dear Hollywood, Why Do You Want Me Dead? 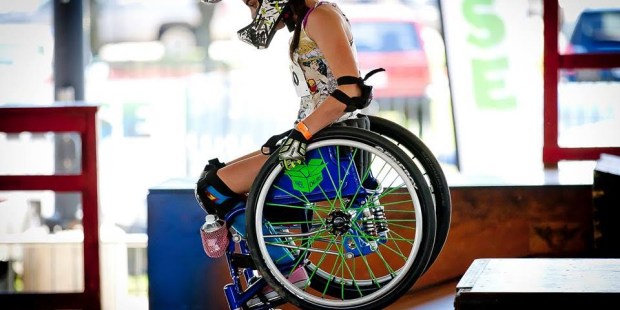 Why do you want me dead?

Please don’t deny it. The movies you make tell me the truth about what you really think about me.

Me Before You comes out tomorrow. I’ve never read the book, but my mom told me about it and I read the reviews online. It’s the story of a guy who gets in an accident, and has a spinal cord injury, and has to spend the rest of his life in a wheelchair. A guy you think should want to die because he has to live a life that looks like mine.

Well, what’s wrong with a life that looks like mine?

My mom says this isn’t the first movie where a handicapped person had to die for being paralyzed. There was one called Million Dollar Baby where a woman is a quad and bravely chooses death instead of an imperfect life.

So I’m asking you again, what’s wrong with my life? Why do you think I should want to die?

You sit there with your able bodies, and look at people in chairs and think you feel pity for our sad little lives, but the truth is you’re afraid. You don’t want to imagine that you might be one of us one day. You think you can be perfect, and think you’d rather die than have parts that don’t work right.
I think that’s sad.

The idea of what my life looks like bugs you so much that you didn’t even show the truth about it in Me Before You. Would people be upset and weirded out if you showed someone transferring into the car, or using a bath chair, or needing a little help with a ramp? You think that makes people like me weak, and you aren’t OK with weak.

Did you even do any research on this? Did you ask people in chairs if they’d rather be a corpse than a cripple? I bet they’d look at you like you’re crazy.

Yes, I called myself crippled. It’s just a word. You should get over it already. You already think I should want to die, so why do you care what I call myself? Some lady told me it was demeaning to use that word and I should say “differently-abled” instead.

Well, that’s dumb. My legs don’t work. I am crippled. It’s just a fact of my life, and you need to get over it. Political correctness is around to make the Able Bodies more comfortable with the idea of me — it’s not for me. If you really cared about what I thought and wanted to treat me like a person, then you wouldn’t make movies about how the nicest thing I could do for my family would be to off myself. You should be ashamed of yourselves.

You may not believe in God. You don’t have to, and I can’t make you. But I do, and because of that I believe in the value of all people. I believe we are all made in His image and likeness. That’s why I believe all people are worth something. If you believe that people only get their value from each other, then people can take that away. But if our value comes from God, then nobody has the right to say someone who walks is worth more than someone who doesn’t.

Maybe you need to find God again, because living without Him has made you mean.