How Does Believing in the Eucharist Make Us Better Scientists? 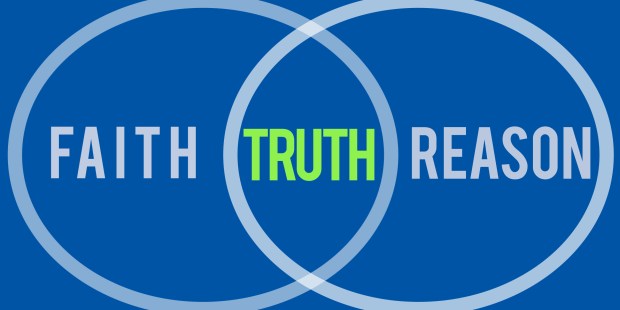 Awe and mystery are building blocks for scientific inquiry

The Eucharist, this central sacrament of the Catholic faith, has been a source of scandal since it was first revealed. All of us who have echoed Peter’s reply, “Lord to whom shall we go?” have had to make an active decision to accept what the eyes cannot see and what the mind cannot fully understand. The Eucharist is a most unscientific reality, a mystery beyond the powers of our senses.

And yet, curiously, mightn’t our very faith in the Eucharist be of benefit to the field of science?

A necessary aspect of faith is the conscious decision to have it. What does this do to the mind? For one, it brings it to accept certain phenomena as beyond understanding. This immediately brings us to a contemplation of our smallness, which leads to humility, and humility makes us childlike. To be childlike is to live in a constant state of awestruck wonder, which is how the saints lived. It is difficult to live in this state without constantly questioning, and asking, “Why?”

Obviously, awe and wonder, coupled with a zeal for questions, are building blocks of scientific inquiry.

Faith is unquestionably necessary to accept transubstantiation. As we know, the Eucharist has been an outrage to some since that moment in John, Chapter 6, when Jesus told us to eat his flesh and drink his blood. If we have never felt in ourselves the echo of that scandal felt by Jesus’ listeners, our faith is probably secondary, for even the most zealous of us can only venture so far before giving up and accepting, on faith, the truth of the Eucharist, embracing its mystery.

But this is where the Mass may be one of the most powerful tools in the unique way we Catholics interact with our environment. Communion, for one who has deeply reflected, opens the mind to paradox. The host looks like bread and wine, but it is the Flesh and Blood of our Creator. How does paradox give a believer a leg up in understanding the world around us? For one, it allows the mind to reconcile what may seem like contradictions on the surface. The theory of evolution seems to many of our Protestant brothers and sisters a contradiction to biblical faith. Yet, for us Catholics, combining the science with our faith poses no problem.

Is that so surprising? When one approaches mystery regularly, weekly, even daily, is it any wonder that one can easily resolve the tension between the creation story and man’s material origins as simultaneous truths?

Alister McGrath, in a seminar about the intersection of Christian life and Darwinism, suggested that if Darwin had written his seminal book in Rome rather than England, the conversation today would be wholly different. Indeed, for a God who can make Flesh and Blood of bread and wine, is anything impossible? And for the Catholic who spent a lifetime kneeling before the altar, participating in the mystery, it is possible to know even what is not fully understood.

It would be patently incorrect to say “All great science comes from Catholics.” But what would not be incorrect is the claim, “Catholicism is a potent incubator.” In fact, a great deal of scientific advancement happened within the walls of Catholic institutions; the scientific method itself originated within Catholicism. But considering the centrality of the Eucharist in Catholic life, is this really surprising? The very institution, taken seriously, cannot lead to any other behavior than an openness to the inexplicable.

Nothing has ever been accomplished by a group of peers, sitting in a circle, assuring one another of the impossibility of an idea, and nothing would ever have been discovered if the Church as a whole was not welcoming of new discovery. If Catholicism had not embraced seeing the impossible transform to the improbable and then the improbable become material truth, we would still live in the dark ages. An openness to this cycle almost takes a superhuman willingness to embrace the unknown. And for it to happen at such a large scale, over so many centuries, requires the centrality of an event that happens throughout time, and that keeps the mind rooted in the understanding that the improbable, no matter how scandalous, and no matter virulent opposition, is possible.

Hence, the Mass and the Holy Eucharist are the solid foundation that encourages all scientific thought.