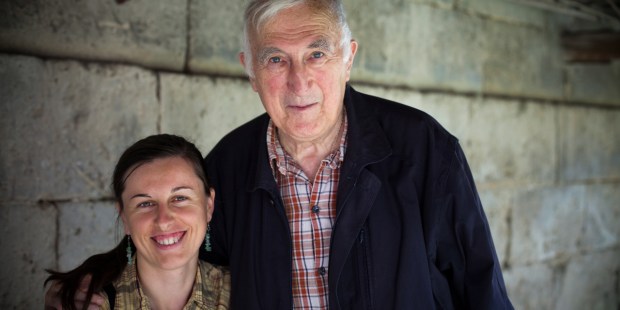 With an issue like physician-assisted suicide, emotions on both sides can become extremely heated.

So as the Canadian Parliament hammered out details on a national law allowing the practice, CBC Radio brought in a voice of calm: Jean Vanier, the grandfatherly, gentle founder of the L’Arche Community for the intellectually disabled.

Vanier, a widely-respected Canadian-born Catholic, argued in an interview with CBC that legislators need to do more to help people live, rather than focusing so much on helping them die. He said the Supreme-Court-ordered legislation needs many safeguards.

“What help is getting to people who feel lonely?” he said in the interview, speaking from Trosly-Breuil, France. “And we need to think about a society where we’re more concerned for each other and trying to love each other and help each other. We’re putting a lot in the hands of the medical (community) without putting many safeguards in.”

The CBC explained that Parliament is under pressure to pass legislation by June 6, as the Supreme Court gave it 16 months to craft the bill. “Some say that wasn’t enough time to get it right,” the media outlet said.

“The question is how to encourage palliative care,” Vanier said. “Because we can move quite quickly into just the rights of a person who’s in pain. And so it’s really being attentive to those who are in pain, and how can we help people during these periods to die peacefully. … People could go through periods of just fatigue, depression, loneliness. So we mustn’t go too quick to just say ‘there’s a legal right.’ They also have a legal right to be walked with, accompanied, and helped.”

Vanier said he would not opt to end his own life, should he face a painful illness. “But, you see, I have never lived intense pain. My own situation is that I lived in community, I’m with people, I know I’m loved, and I love people. I’ve comforted quite a lot of people in their deathbeds. And I can say here in L’Arche, we have become quite frequently friends of death. That can sound strange. But when people die here, we have a big celebration, and we talk about them. We have photos of them. And we laugh and we cry, you know, because even on their deathbeds,  we can hold their hands, look into their eyes, and say, ‘I love you.'”