Trappist Monks Who Grow Bonsai Trees. Only in Georgia.

One of the most beautiful monasteries in the United States, the Trappist Abbey of the Holy Spirit is home to an exceptional garden

One of the most beautiful monasteries in the United States was designed to be an almost exact replica of the most famous Abbey of Gethsemane, in Kentucky (the one in which Thomas Merton lived as a hermit and wrote almost all of his books). But the overwhelming simplicity of the traditional Trappist architecture of the Monastery of the Holy Spirit, in Conyers, Georgia, on the outskirts of Atlanta, also fosters an original beauty of its own: that of its Bonsai Garden and Nursery.

Monks here don’t just work in their bakery, or in the production of exceptionally beautiful stained glass (actually, they’re the designers, builders and manufacturers of every stained glass window in the Abbey’s church). They’re also well known (maybe even better known) for the wide variety of miniature trees they showcase in their nursery, including several rare species grown and cultivated by the monks, which can be purchased at the Abbey. They also sell pottery, accessories and tools for bonsai-growing and care.

This nursery was the first in the American Southeast to offer bonsai to the public. The monks here have been crafting classical bonsai for the past 35 years. Visiting the Abbey’s Bonsai Garden is a beautiful, enriching educational experience for everyone. 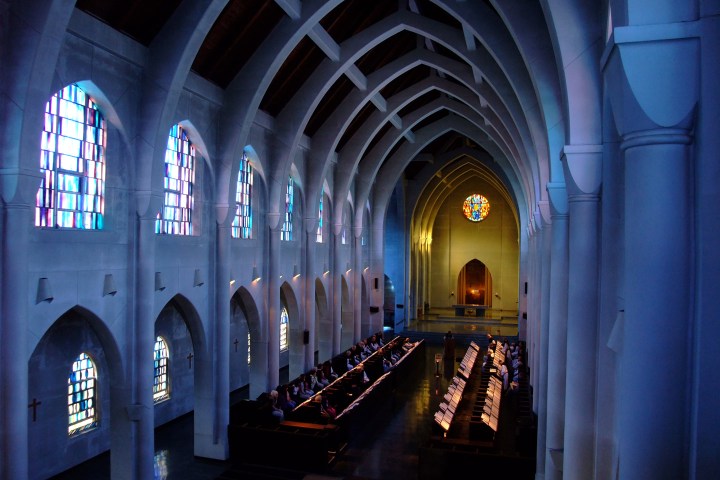