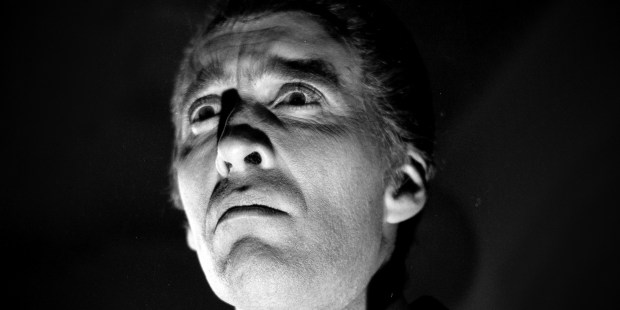 The actor, who passed away recently at the age of 93, had a few things to say about black magic

You might remember Sir Christopher Lee for his role as Saruman in the Lord of the Rings trilogy, or as Count Dooku in the Star Wars prequels, or for his classic Dracula. Or even as the lead singer of the heavy-power-symphonic metal band Charlemagne (quite a suggestive name that already lets you know whose side Sir Christopher was on, indeed).

Around such a character, many a legend arose. One of them claimed the actor had a huge collection of occultism-related literature that amounted to 20,000 books. “If I had such a collection, I’d be living in a bathroom,” he answered, during a Q&A session at University College in Dublin. But his answer went further on: