How Faith Helps Explain “How Could This Happen to Me?” 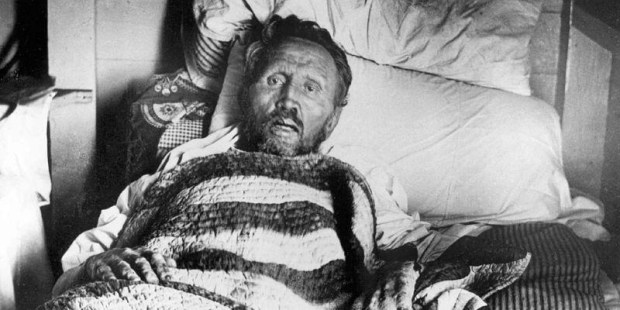 The old man started to cough, loud and hard enough for the nurses to rush in, and I was sent out of the room. I never got an answer to my question.

Like most folks, I don’t like to be around hospitals because they remind me of the terrible vulnerability of the human condition. The ways that the human body can fail or be injured or infected seem endless. And the means of healing or mending the human body are always limited. Being in a hospital reminds me that we’re all just one sneeze or blood clot or fall away from a life-altering or life-ending event.

As Christians, we know that we are to live ready to meet both death and eternal life. We learn to live without the fear of “When will sickness come for me?” paralyzing us. Sometimes, though, we find ourselves unable to turn our thoughts away from hospitals and what they represent—like when we go to a hospital to visit a sick friend.

Recently, I visited a sick friend in the hospital. I’ve known him for decades. He’s always been an overflowing extrovert, full of energy and optimism—until now. “My body has become a stranger to me,” he said. “Sometimes, I think that it has become my enemy. How could this happen to me?”

I said nothing, but in my heart I laughed ruefully at myself. “Here you are again,” I thought, “an academic who’s been asked a question he can’t answer.” I prayed with and for my friend, and left.

Since then, I have been praying about my sick friend. I found some clarity and comfort in the writing of Father Louis Lochet in La Vie Spirituelle. He expresses clearly how one with a lifelong zeal for Christian service (as my friend has) suffers a particular agony when heavily burdened by illness and age (as my friend is):

“One is more and more to live the experience of the painful contrast between desires and results. Finally, one realizes: ‘I am not up to doing what I desired to do.’ The heart of an apostle is always larger than one’s actions. Vincent de Paul when on his deathbed felt quite sincerely that he had done nothing… Here the problem is placed most acutely. Is it finally simply inevitable to renounce being an apostle? To feel oneself more and more diminished and useless? Humanly, it would seem that the only possible answer to these questions would be, ‘Yes, it is inevitable’.”

The key word in Lochet’s observation is, “humanly.” Part of being human is the inevitable surrender of all in death. As Christians, however, we know that nothing about us is merely human. Lochet goes on to remind us that even as we might humanly feel the inevitable loss of capacity and of life as a kind of “failure,” by faith we know that the last notes of our lives are harmonized by the notes sung by God:

“Faith. We must believe as Abraham believed, as Mary believed on Calvary that the Father is powerful enough, wise enough, loving enough to carry out his saving plan beyond failure—and even by means of this failure. We must trust in true Christian hope that, after all our failures, the last word will rest with the divine fidelity. The promise will be accomplished. God will bring new life out of death.”

Even as I grieve over my friend’s pain, I have hope that he will find God’s grace in the midst of it. And as I reflect on my own pain at seeing his suffering, I accept that pain because I know that I would not feel it so if I did not love him. I am trying to embrace that pain because it is prompting me to turn to God in a deeper way.

When illness forced Father Pedro Arrupe to step down as Superior General of the Society of Jesus, he made one last public statement to his fellow Jesuits:

“More than ever I find myself in the hands of God. This is what I have wanted all my life from my youth. But now there is a difference; the initiative is entirely with God. It is indeed a profound spiritual experience to know and feel myself so totally in God’s hands.”

Part of the human vocation is to live a life so open to God’s grace, that at the moment of death, we may make a similar declaration of trust and hope. What shall we do today, and the next day and the next, so that when our time inevitably comes, we can pass gratefully into God’s hands?

When I write next, I will speak of the duty to love the truth. Until then, let’s keep each other in prayer.