What Went Wrong in the Fight for Women’s Rights? 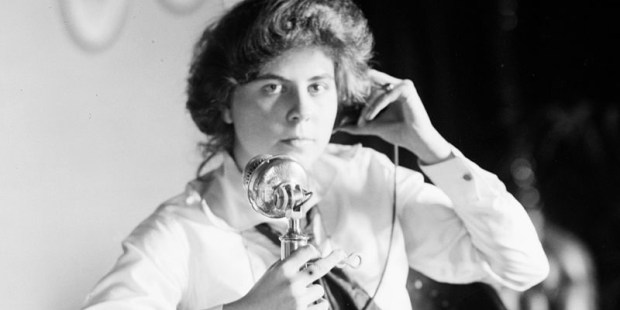 How could the struggle for equality result in women doing violence to those we are called to nurture and protect?

As I watched the excellent movie Suffragette, which documents the history of women’s struggle for the right to vote in England, this past weekend, two things really struck me: 1) The women’s rights movement was rightly spawned by the need for women to escape the unjust, dehumanizing and often brutal treatment suffered at the hands of men. 2) It took less than 100 years after gaining the right to vote for women to begin to use the same force, violence and dehumanizing domination they had sought to escape—most tragically, by exerting themselves against their unborn children.

While the movie did not place the struggle for women’s rights into a Christian context, I couldn’t help but think about Saint John Paul II’s words in Mulieris Dignitatem (On the Dignity and Vocation of Women), which I recently reread to prepare for a talk at a women’s conference. The great pope wrote forcefully and with striking clarity about the effects of Original Sin, particularly upon women. His words are more relevant today than when he wrote the Apostolic Exhortation nearly 30 years ago:

“Your desire shall be for your husband, and he shall rule over you” (Gen. 3:16) … Domination takes the place of “being a sincere gift” and therefore living “for” the other… This “domination” indicates the disturbance of and loss of stability of that fundamental equality which the man and woman possess in the “unity of the two”: and this is especially to the disadvantage of the woman. (Mulieris Dignitatem, par. 10)

In other words, the fundamental equality God intended between men and women was ruptured through sin; sin that has played itself out historically in disunity between the sexes, most often at the expense of women. As Suffragette accurately depicts, women have fought hard to gain a voice in a world ruled by lopsided patriarchal attitudes and customs, sometimes at the expense of their own lives. Their goal was threefold—the right to vote, the right to education and the right to employment, rights for which women in various areas of the world are still fighting today.

Sadly, the struggle for women’s rights did not stop with authentic human equality, but instead morphed into an all out battle over women’s “reproductive” (read: abortion) rights which rages throughout the world today. It is bitterly ironic that such “rights” demand that women imitate the male models of violence and domination they sought to overcome in the first place. John Paul II warned of the grave danger of such an approach:

Consequently, even the rightful opposition of women to what is expressed in the biblical words, “He shall rule over you” (Gen 3:16) must not under any condition lead to the “masculinization” of women. In the name of liberation from male “domination,” women must not appropriate to themselves male characteristics contrary to their own feminine “originality.” There is a well-founded fear that if they take this path, women will not “reach fulfillment,” but instead will deform and lose what constitutes their essential richness. (Mulieris Dignitatem, par. 10)

And what constitutes the “essential richness” of women? While our feminine giftedness, which John Paul II referred to as “the genius of women,” is deep and multi-faceted, it is grounded in the fundamental orientation that women have toward love and life in virtue of the fact that our hearts, minds and bodies are ordered to motherhood, and hence, naturally toward loving and caring for other persons.

Suffragette left me asking: what went wrong in the fight for women’s rights, which has culminated in millions of women doing violence to the very persons we are called to nurture and protect? My theory is that the bastardization of the authentic movement for the recognition of women’s dignity was hijacked by what I call “the Jezebel spirit,” which is the age-old temptation toward grasping for power wherein women to use manipulation, domination, control and even violence to beat men at their own game.

One of my favorite stories from the Bible is in this week’s Mass readings, where the prophet Elijah engages in a showdown with the prophets of Baal on Mount Carmel during which the reality and power of Israel’s God—the one true God—is ably demonstrated. The backstory of that power encounter reveals that the wicked pagan queen, Jezebel, and her spineless husband, King Ahab, together led the Israelites into apostasy through “the veneration and worship of Baal” (1 Kings 16:31).

Interestingly, Baal worship involved the belief in having sway over the fertility gods, who were appeased by self-mutilation, deviant sexual practices and child sacrifice. Sound familiar? Jezebel’s “spirit”—in direction opposition to the spirit of Mary, the Mother of God—is all about exercising power for the sake of control: control over men, control over the gods, control over fertility and ultimately, control over life and death. In contrast, Mary’s spirit, which is the icon of both authentic femininity and all true humanity, is all about reigning supreme through the gift of self given to God and others in self-donating love, life-giving generosity and self-sacrificing service.

Mary or Jezebel? Each generation of women must decide whom we will emulate. Indeed, the future of the world depends on our choice—and the choice is in no uncertain terms one between life and death, the blessing or the curse.