Brock Turner Could Have Been My Great-Grandfather 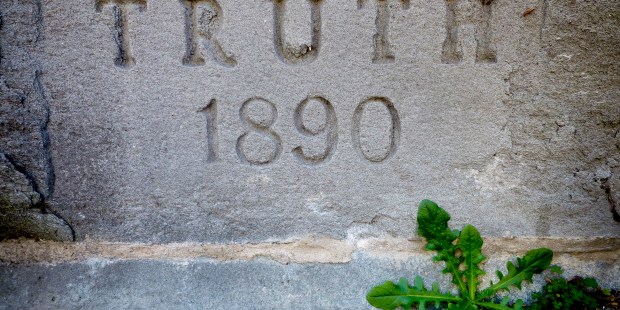 10 days in jail, a $330 fine: Brock Turner’s light sentence is troublingly not without precedent

News from the July 1, 1897, edition of the Shannon County newspaper “The Current Wave” was mostly homespun rural Missouri fare, except perhaps for this item:

Arrested on a Serious Charge—Deputy Sheriff Deatherage went down to Bowlan Township last Friday and arrested [J.W.] Russell, charged with committing a rape on Josephine Patterson, a 14-year-old daughter of Robert Patterson, of the same township. He is the Patterson girl’s uncle, having married her aunt. Bond in the sum of $1,000 was given and his preliminary will be held today. The charge is a serious one, the laws of this state fixing the maximum penalty at death.

On Sunday, Deatherage arrested Mrs. Russell, the girl’s aunt, for aiding and abetting her husband in the alleged crime. She gave bond for her appearance before Justice Epstein for preliminary trial today. It is hoped for the good of all concerned that the charges are groundless.

Grim news indeed. A family’s worst nightmare—a 34-year-old husband and father of two young boys is accused of rape, facing trial, while his named victim, Josephine, is facing the indignity of small-town whispers, gossip, and second-guessing what might “really” have happened to her.

J.W.’s trial wasn’t held until the next year, on September 14, 1898—the month after his wife Serena gave birth to their only daughter. The day before the trial, J.W.’s lawyer made a “motion to quash the indictment,” but that request was overruled. J.W. pleaded not guilty, and a jury of his peers convicted him of the rape charge.

Though the initial 1897 news report noted the possibility of the death penalty for such a crime, J.W. was sentenced to ten days in the county jail and fined $300 to be given to the “common school fund.”

Before shaking your head in disbelief at the light sentence, I want to mention one more salient detail: J.W. Russell is my great-grandfather.

How did that happen? Well, my Dad obviously knew nothing about his grandfather’s conviction when I was born and named in 1966. I’m guessing it was a closely-kept family secret. I only know any of this is because I got interested in genealogy—be careful what you ask for, as they say.

I don’t think any living family member knew about this episode until I stumbled across that article in “The Current Wave” archive. Then I got more information from the Shannon County, Missouri, Circuit Clerk’s office.

But more to the point: The light sentence meant that J.W. could move on with his life almost immediately after the trial. He didn’t even leave town in shame, but stayed in Shannon County for at least another decade. He and Serena even had another son in 1907 and saw their eldest son, my grandfather, marry there in 1908.

But what about 14-year-old Josephine Patterson?

Unfortunately, I don’t know much. I do know that by 1900, when Josephine was 17, she was still living with her parents—although no longer in the same township as the Russells. It gets murkier after that. Her father died in the 1920s, and her mother in 1937. Josephine Patterson—note her still-used maiden name—is the informant on her mother’s death certificate. Josephine would have been about 54 years old that year.

The only other thing I know right now is that Josephine must have married late in life, and her own death certificate is recorded in Los Angeles, California, in 1942. There is no indication that she ever had children. Coincidentally, that is also the year that her rapist—my great-grandfather—died in St. Louis, so very far removed from his horrible crime.

I’m sharing this rather painful and private family story in hopes of illuminating just why the light sentence given to rapist Brock Turner is an injustice not only to his victim, but also to himself.

While I do not think either Turner or my great-grandfather are monsters, they both have done a monstrous thing to another human person – a life-changing monstrous thing. This is obviously so for a victim of rape, but it ought to be obviously so for a rapist, too, who, for the sake of his own soul, had better find the path of repentance or pay an everlasting price for his sin.

There is no way to know just how much genuine remorse, if any, my great-grandfather may have felt for his crime, but the rather painless exit through the justice system set up a too-easy temptation to simply put the crime into the past and move on with little or no real contrition.

The easy exit minimizes the pain and suffering caused to the victim. The easy exit short-circuits both justice and mercy.

Perhaps my great-grandfather sought that after serving his mere ten days in jail and paying a fine. But, perhaps he didn’t. He certainly didn’t present himself as an object lesson for his own family. If he had, my name wouldn’t be James William Russell. I’m certain of that.

So, I pray for the repose of my great-grandfather’s soul, precisely because he was a convicted rapist, and his repentance is unknown, and I am his namesake. I also pray for 14-year-old Josephine, even a bit more fervently, precisely because her life was forever changed by his heinous act. The “might-have-beens” with young Josephine are beyond our reach.

And today, good-hearted people are praying both for Brock Turner and for the young woman he violated. But, will you please pray for Josephine, too? I ask you to because God Who hears our prayers is outside of time, and He can bend time and space to His Loving Will. Maybe our prayers here and now can also be a source of consolation for a teenage girl forced by my great-grandfather to carry a heavy, lifelong cross more than a century ago.