Art and Architecture Lovers: A Famous and Beloved Church Is in Peril 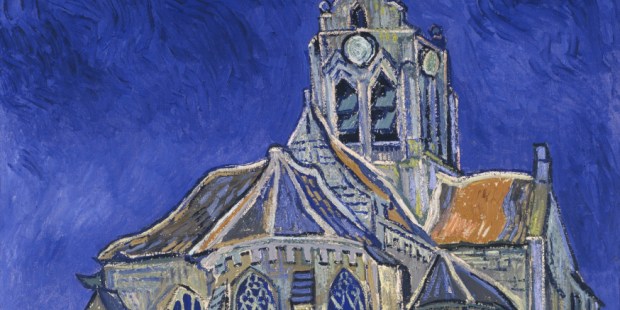 The small church of Auvers-sur-Oise, immortalized by Van Gogh in 1890, threatens to collapse

Built in the 12th to 13th centuries, the Church of Our Lady of the Assumption of Auvers-sur-Oise is a dazzling testimony to the late Romanesque style of architecture. With its arched windows and vaults of intersecting ribs, it also hints at the infancy of the Gothic style.

Vincent Van Gogh understood the inestimable value of this medieval jewel; in 1890 he featured it in a famous painting that made the reputation of the place.

But in recent months, Auvers faithful have had difficulty attending Mass in peace. The roof of the church is no longer watertight, causing humid, damp conditions in the aisles, and stones have begun to fall, causing some to remark that Van Gogh’s wavy lines presaged the deterioration of the building.

The urgency of preserving our heritage

Realizing the gravity of the situation, the parish priest of Pontoise, Father Pierre Machenaud, appealed to the mayor of Auvers, Isabelle Mezieres, to launch a project of renovation of the roof. The latter, very attached to the development of the heritage of the city, sent to the site an architect of Dutch origin (a tribute to Van Gogh?), Carsten Hansen, who has developed a restoration program. Verdict: at least half a year of work and 600,000 euros of investment.

The estimate is daunting, but neither Fr. Machenaud nor Mayor Mezieres has given up. Instead the city has applied for every possibility of state and regional aid. “The church of Auvers must regain its splendor,” says the pastor.

The faithful, too, are supporting the project; everyone is aware of the value of unity and gathering within its central location in the city. “The parish and the mayor’s office decided to work together to achieve these essential works.”

An appeal for donations

Despite the assistance forthcoming, the effort still falls short of the necessary funding. The municipality decided to launch an appeal for donations via the Heritage Foundation. Since the appeal opened on May 27, many people have already responded, and recently a concert was held to benefit renovations as well.

Donations can be made online, on the site of the Heritage Foundation, but also directly to the association Auvers Heritage Project , which is also involved in this project. The city and the parish hope to engage many donors beyond Val d’Oise. Every year 250,000 visitors from around the world come to this small town beloved of painters, home to the graves of Vincent Van Gogh and his brother Theo, making the site, and the renovation project, of international interest.