A Catholic’s Guide to the Post-Orlando Shouting Matches 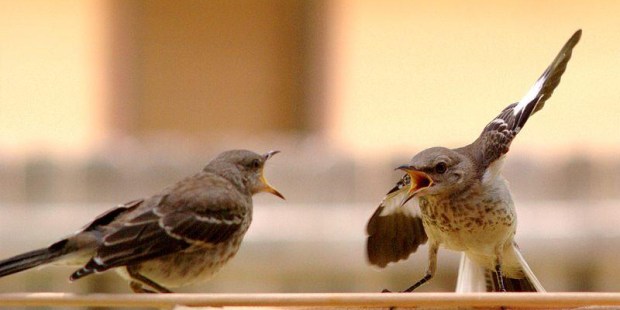 After the tragic shooting in Orlando last weekend, the usual noisy polemicists are voicing their predictable responses. In the face of the maelstrom of opinions and high emotions, Catholics should calmly assert some underlying truths and overarching principles. In this case, perhaps three are useful, but they all boil down to one fundamental point:

Now, based on this underlying belief in the dignity of all persons, which is not only a keystone of our pro-life beliefs, but also one of the foundation stones of a just and civilized human society, we could consider three principles to apply to the case at hand:

1. Because each person is created in God’s image, with innate dignity they have rights, and those rights should be acknowledged and defended by just laws in an enlightened society. One of those rights is the right to defend oneself, and an extension of that can be the right to keep and bear arms.

However, the rights of the individual are not limitless and dominant. The state limits personal rights for the common good. A person has to be a certain age and pass tests to obtain a driver’s license. A person must be a certain age to legally consume alcohol, get married or fly a plane unaccompanied. The sale and use of potentially harmful substances are rightly controlled. A person’s right to own firearms is limited by the government for individual safety and the common good, and everyone agrees with that. The debate is about the details.

2. The foundation principle of human dignity also applies to the Catholic teaching on human sexuality. While Catholics cannot affirm that homosexual “marriage” is the same as traditional marriage, the catechism teaches that people with same-sex attraction are to be treated with dignity and respect. Homosexuals, like all Catholics, are expected to live within the challenge of chastity, struggling with dignity to learn the difficult lessons of love. That journey for all people is one of self-denial, self-discipline and self-giving. Recognizing the dignity of each person means we also recognize each person’s life-long quest to first find and then be fulfilled by love that is not just human, but divine.

3. The underlying principle of human dignity also extends to people of other faiths. The Catechism of the Catholic Church recognizes in the Islamic religion a shared belief in the Creator and a heritage that is shared, to some extent, with the Jewish people. Because of the underlying belief in the dignity of all human beings, Catholics look for what is good in Islam and repudiate strife to seek points of agreement and convergence.

Catholics insist upon an innate human dignity not only because human beings are created in the image of God, but because God himself took on human nature in Jesus of Nazareth. This reality demands that Catholics take to heart the words of Jesus and turn away from every form of killing, every form of prejudice and hatred, every denial of basic human rights and every form of religious bigotry. At the same time we challenge all to exercise their human rights with respect for others and a duty to the common good.

We challenge every person to understand not only their own innate dignity, but the high and lofty destiny that derives from that dignity. Men and women are created in the image of God, but we are all called to overcome our faults to attain the fullness of the dignity with which we are endowed. To abandon that great quest is to fall back into the fear, hatred, recrimination, blame and bloodshed exhibited in Orlando.