The Mystical Vision of Blaise Pascal 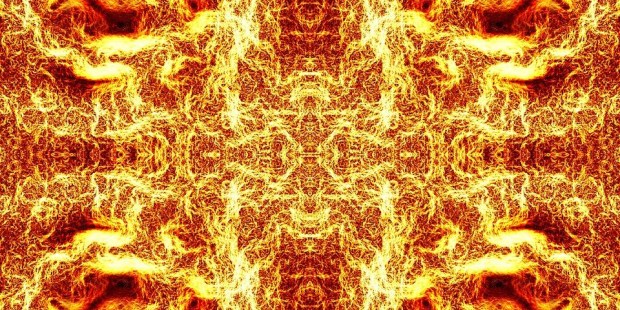 To bolster his faith, the great Christian apologist kept returning to the “mystical fire” of his first conversion

My buddy Blaise Pascal is a lot like me. That is, excepting the obvious fact that he was a mathematical genius, inventor of a calculator, etc., and though I enjoy mathematics, I am a mere admirer of genius in this and many other departments. No, I mean that just like me, he needed something to constantly remind him of why he remains a Christian.

Something that he could turn to for strengthening his resolve to leave his earlier life and pursuits, and recall why he decided to give his all to Christ and His Church. Something he could turn to that would remind him of his calling when he was in “the world” but away from his Bible, his breviary, or his rosary.

You see, Blaise had a mystical vision. And though he had been nominally a Christian, and had even gotten fired up about the faith once, other things became more important to him. He had experienced what Fr. Reginald Garrigou-Lagrange describes as the first conversion. But as Père Garrigou-Lagrange explains, we must undergo a second conversion, and even a third for,

And in the year 1654, mystical fire is what happened to my friend Blaise Pascal. After his vision, he wrote the following words down on parchment so that he would remember the event. But that wasn’t enough for him. Because like me, Blaise is weak, fallible, and likely to falter again if left to himself, or even worse, he would have, like me again, fallen deeper into the sin of spiritual pride.

So he went a step further and sewed his Memorial into the inside lining of his favorite jacket. That way, he could consult it wherever, and whenever, he needed a reminder of his encounter with the Divine.

Think of it as being like a 17th-century version of an iPhone app. And this is what it says:

Monday, 23 November, feast of St. Clement, pope and martyr,
and others in the martyrology.
Vigil of St. Chrysogonus, martyr, and others.
From about half past ten at night until about half past midnight,

GOD of Abraham, GOD of Isaac, GOD of Jacob
not of the philosophers and of the learned.
Certitude. Certitude. Feeling. Joy. Peace.
GOD of Jesus Christ.
My God and your God.
Your GOD will be my God.
Forgetfulness of the world and of everything, except GOD.
He is only found by the ways taught in the Gospel.
Grandeur of the human soul.
Righteous Father, the world has not known you, but I have known you.
Joy, joy, joy, tears of joy.
I have departed from him:
They have forsaken me, the fount of living water.
My God, will you leave me?
Let me not be separated from him forever.
This is eternal life, that they know you, the one true God,
and the one that you sent, Jesus Christ.
Jesus Christ.
Jesus Christ.
I left him; I fled him, renounced, crucified.
Let me never be separated from him.
He is only kept securely by the ways taught in the Gospel:
Renunciation, total and sweet.
Complete submission to Jesus Christ and to my director.
Eternally in joy for a day’s exercise on the earth.
May I not forget your words. Amen.

Then, he would pick up his pen, and continue jotting down his pensées for what Peter Kreeft lauds as “the greatest book of Christian apologetics ever written.” The Lord knows, Pascal’s words had an effect on me.

Thanks be to God.

This article was first published in Patheos and is reprinted here with kind permission.