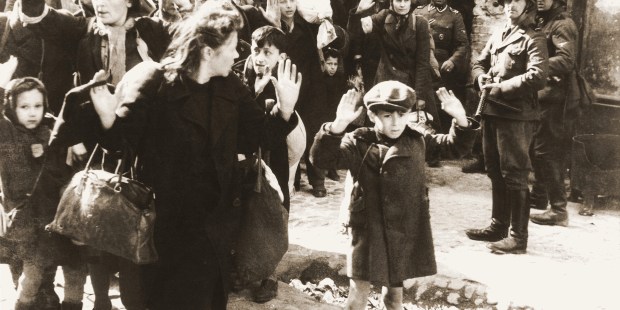 Our neighbor’s nightmares seemed unending, but one night, healing began

I remember very well that Friday night long ago. The screaming started about midnight. It was September and the windows were still open because it was hot, yet the wailing was exceptionally chilling. Dad got up and my brother, Danny, whispered from his bed, “I think he’s going down there.”

“Down there” was the apartment of Leo and Sophie Rabinowitz. We got up and followed him. Dad purposefully strode up to Leo’s apartment door and began banging on it with his fist. We watched from the stairs as the door slowly opened. Leo poked his head out and just like that my father was embracing this little Jewish man who, crying unashamedly, buried his head in Dad’s chest.

My brother and I crouched down, and peeking from the landing above, were stunned. Leo was the landlord and everyone seemed to be a afraid of him. Not Dad. He disappeared into that apartment with Leo Rabinowitz and did not come out again for several hours.

Sophie Rabinowitz had been having nightmares created years before, when her two boys, ages 12 and 9, were clubbed to death by the Nazis as they made her and Leo watch. Leo and Sophie had begged their captors to kill them and spare their children but the Nazis tortured the parents further by allowing them to live.

They were loving parents and were helpless, unable to save their very own children as godless people clubbed them to death simply because they were Jewish. Such evil can only come into people and be accepted by them if coming from the very bowels of Hell itself.

My father has now been dead for many years but he is still teaching me about being Catholic. I see him again on that Friday night when I hear Matthew 5:1-12, the Sermon on the Mount, when Jesus, a Jewish man, gave the world the Beatitudes. The one that always grabs me is No. 2, “Blessed are those who mourn, for they shall be comforted.”

The words bring me to that stairway, and I watch how a Catholic man reached out to comfort his Jewish neighbor and how they became friends. My father initiated the mourning process for Leo and Sophie with that embrace. They had never mourned their boys. They had “stuffed the nightmare” and tried to go on living. That night, for perhaps the first time, they began confronting what had happened, together. Reliving the sadness and horror released a sense of beauty that shone through it, for it united them in a renewed marital bond that had been missing for close to 20 years. They now became each other’s strength.

We Catholics read and hear during the Mass from the Roman Canon the following words said by the priest prior to the words of consecration: “In communion with those whose memory we venerate, especially the glorious ever-Virgin Mary, Mother of our God and Lord, Jesus Christ, and blessed Joseph, her Spouse, — and all your saints …”

All of those mentioned by name were Jewish. Their Judaism was part of who they were and it extrapolated into who we Catholic-Christians are today. We Jews and Christians are joined forever by spiritual DNA.

Of course, there have always been those who have hated someone for being either Jewish or Catholic/Christian. I just wish those folks could have met my dad.