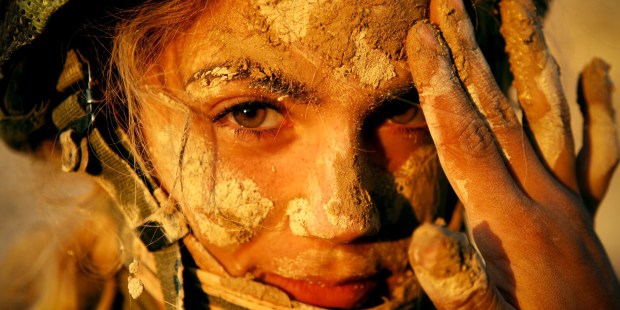 Even those who don’t volunteer could find themselves in battle

Now that women in the military are allowed to serve in combat zones, there is a chance that even women who do not enlist vountarily may find themselves in the heat of battle.

The US Senate last Tuesday approved a military policy bill that would for the first time require young women to register for the draft. The legislation, which had broad support among Republican leaders and women in both parties, must be reconciled with a House bill, which did not contain the military conscription provision. The White House has threatened to veto the broad legislation because of, among other issues, provisions concerning the military prison camp at Guantanamo Bay, Cuba, which the president wants to shut down.

Under the Senate bill passed on Tuesday, women turning 18 on or after Jan. 1, 2018, would be forced to register for Selective Service, as men must do now. Failure to register could result in the loss of various forms of federal aid, including Pell grants, a penalty that men already face. Because the policy would not apply to women who turned 18 before 2018, it would not affect current aid arrangements.

“The fact is,” said Senator John McCain, Republican of Arizona and the chairman of the Armed Services Committee, “every single leader in this country, both men and women, members of the military leadership, believe that it’s fair since we opened up all aspects of the military to women that they would also be registering for Selective Services.”

The Supreme Court ruled in 1981 that women did not have to register for the draft, noting that they should not face the same requirements as men because they did not participate on the front lines of combat. But since Defense Secretary Ashton B. Carter said in December that the Pentagon would open all combat jobs to women, military officials have told Congress that women should also sign up for the draft.

“The idea that we should forcibly conscript young girls in combat to my mind makes little sense at all,” Cruz said on the Senate floor.

The Catholic Church, which allows for the idea of a just war, has said little about women serving in the military. In 1980, when the US was debating restoring the draft, the U.S. Bishops Conference issued a statement which said, in part:

One of the new questions in the public debate about registration and conscription is whether women should be registered and conscripted on the same basis as men. This is a complex question which touches several issues. It is our position that the past practice of making military service an option for women but not an obligation has served us well as a society. We do not see good reasons for changing this practice and so we oppose both the registration and the conscription of women.

The USCCB has not yet responded to a request for an updated comment.

When the US was debating the admittance of women into combat roles, Catholic Answers’ Karl Keating mused over several reasons why it should be discouraged.

“If women are on the front lines, we’ll find that we have placed there mothers or potential mothers,” Keating wrote. “Women are nurturers by nature, men protectors. It makes sense to send fathers and husbands into war, when war is necessary, but not to send mothers and wives.”

In the current debate, Concerned Women for America was among several conservative groups registering its opposition to requiring women to register for the draft.

“Peak childbearing years for women continue to be cited at 20-35, an age range in line with the 18-26 age group affected by this policy that ignores basic biology,” CWA said in a statement. “We firmly believe in the equality of men and women, but that does not require us to ignore the physical differences and unique risks to women in combat particularly in the case of capture. … The female draft discussion should revolve around combat readiness, efficiency, and national security, and weeding through applicants that are overwhelmingly biologically unable to meet combat standards would be a logistical nightmare and would force the lowering of combat standards.”

“The problem is,” said Christian author Eric Metaxas, “that in opening up combat roles for women, the Obama administration has removed the only legal justification for treating men and women differently when it comes to the draft.”

[Editor’s Note: Take the Poll – Should Women Be Eligible for the Draft?]