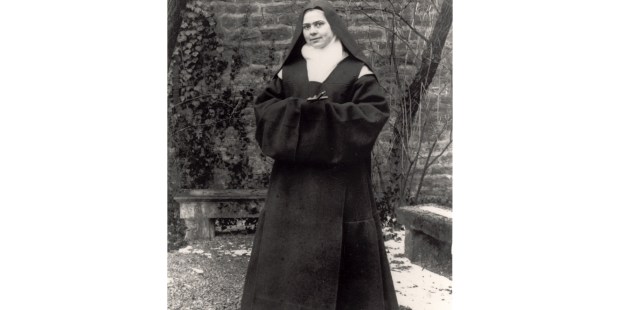 New saints include French Carmelite mystic, Elizabeth of the Trinity, and the “Bishop of the Tabernacle”

VATICAN CITY — Pope Francis will canonize five new saints this October, including the French Carmelite mystic, Elizabeth of the Trinity; the “Bishop of the Tabernacle”; and a Roman Catholic Brother martyred during the French Revolution for refusing to swear allegiance to the new government, the Vatican announced on Monday.

Presiding at the celebration of Terce and the Public Ordinary Consistory for the Canonization of blesseds on Monday morning, Pope Francis decreed that the following blesseds will be enrolled in the canon of saints on Sunday, October 16, 2016:

— Salomone Leclercq (born: Guillaume-Nicolas-Louis Leclercq), a member of the Brothers of the Christian Schools, was martyred during the French Revolution. Leclercq was killed in 1792 after he refused to take the oath of allegiance to the new French government almost two weeks before the kingdom was dissolved. He was killed in the garden of a Carmelite convent (which had been turned into a prison) around a fortnight after he had been arrested and imprisoned in Paris.

— Manuel González García was Bishop of Palencia, Spain, from 1935 until his death. He was the founder of the Eucharistic Missionaries of Nazareth and also established both the Disciples of Saint John and the Children of Reparation. He was known for his strong devotion to the Eucharist and became known as the “Bishop of the Tabernacle.”

— Lodovico Pavoni was a Roman Catholic priest from the northern Italian city of Brescia, located in the region of Lombardy. In 1825 he founded the Congregation of the Sons of Mary Immaculate, a congregation dedicated to forming and educating young men, which later expanded to serve the deaf and blind.

— Alfonso Maria Fusco (March 23, 1839 – February 6, 1910) was an Italian priest and founder of the Sisters of Saint John the Baptist. The new congregation’s mission was to evangelize, educate, and promote the Catholic Faith among adolescents, especially the poor or abandoned. Blessed Alfonso’s birth has been attributed, in part, to the intercession of St. Alphonsus de Ligouri. After his parents married, they visited the tomb of the saint. A Redemptorist priest assured them at the time: “You will have a son; you will name him Alfonso; he will become a priest and will live the life of Blessed Alphonsus.” Two months after the birth of Alfonso (the first of the couple’s five children), Alphonsus de Ligouri was canonized.

— Elizabeth of the Trinity (born: Elizabeth Catez) was a French professed nun of the Order of Discalced Carmelites, a mystic and spiritual writer, and has been described as the “sister in the Spirit” of St. Thérèse of Lisieux. Before entering Carmel, Elizabeth received several offers of marriage but declined them to fulfill her desire to give herself wholly to God as a cloistered contemplative religious. Known for her focus on the indwelling presence of the Trinity in the baptized soul, after entering the Dijon Carmel in France on August 2, 1901, she said: “I find Him everywhere, while doing the wash as well as while praying.” Just five years after her entrance into Carmel, Elizabeth died at the age of 26 from Addison’s disease. Her last words were: “I am going to Light, to Love, to Life!” She also said before her death: “I think that in heaven my mission will be to draw souls by helping them to go out of themselves in order to cling to God by a wholly simple and loving movement, and to keep them in this great silence within which will allow God to communicate Himself to them and to transform them into Himself.” A true contemplative, she once wrote: “We shall not be purified by looking at our miseries, but by gazing on Him who is all purity and holiness.”