The Sun Releases a New Single: “My best defect” One Year After Launching “Cuore Aperto”

Cecilia Music’s exclusive interview with lead singer, Francesco, who takes us backstage on the video, and the band’s future projects

If there weren’t enough time to make a new world, I would still believe; it’s stronger than me.

2015 and 2016 were two incredible years for The Sun. They hit the top of the Itunes chart with the single “Le case di Mosul” [“The houses of Mosul”]; 63 tour dates with more than 60,000 people participating in their events; their nomination for Amnesty International’s “Freedom Voices” award; and now the release of the video of their new single “Il mio miglior difetto” [“My best defect”], to coincide with the one-year anniversary of the release of their album, Cuore Aperto.

One year ago, when the album was launched, Francesco wrote these words on his blog:

“Thank God I chose some time ago to make songs and discs only when I am in the presence of key elements such as the genuine inspiration, having something worthwhile to say, and having made a personal journey from one disc to and another.”

The inspiration has been there in spades! Everything come from and is linked to Pope Francis’ encyclical, Laudato Sì: “The earth was here before us and it has been given to us … Everything is interconnected, … nature is inseparable from fraternity” (Pope Francis, Laudato Sì, n. 67 and 70).

I call Francesco and we start chatting:

Hello Francesco, today the video of your new single “My Best Defect” is being released. The song and video are full of energy. The scenery is breathtaking. Where are you?

We’re in the middle of the Negev desert, in southern Israel, in the Holy Land. It’s a place very dear to us, because it’s where it all began. This place is very meaningful for us: we were there first to record the album; then the cover photo was shot there; and we all shared in the decision to return there to shoot the video. The guiding thread was extremely clear.

I’m sure it wasn’t simply a matter of shooting the video. Can you tell us a little bit about what went on backstage?

It was a real adventure! It’s very difficult to shoot a video in Israel. First we had to ask several entities — such as the patriarchate and the embassy — for permits and authorizations, letting them know the importance of the project. And I assure you, it was not an easy way to begin. Taking vans to a place accessible only on foot, bringing the instruments to the high ground with crumbling and slippery soil, especially the drums which weighed a lot, and which we had to rest on stones, was part of the adventure. There were times when we thought we couldn’t do it, and that perhaps there was a reason why nobody had done it before.

What enabled you all to go on?

The fact that each of us really believe. Once we returned home and began to see the first results of the video editing, we knew that every struggle was worth it.

What other projects are you working on?

We have made a documentary film with Tv2000 that will air during World Youth Day in Krakow this July. It tells the story of our experience in the Holy Land with the 200 people who experienced it with us. It’s approximately 1 ½ hours long and includes many beautiful testimonies.

A heartfelt thanks to Francesco from the entire team at Cecilia. We’ll see you in Krakow July 27-29! 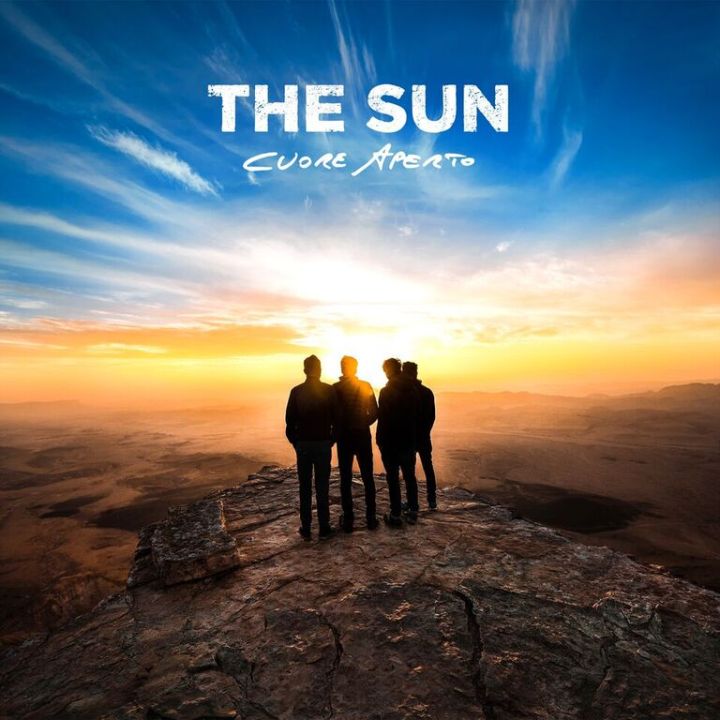