“The Great Evil”: The Holy See and the Carnage of Armenia 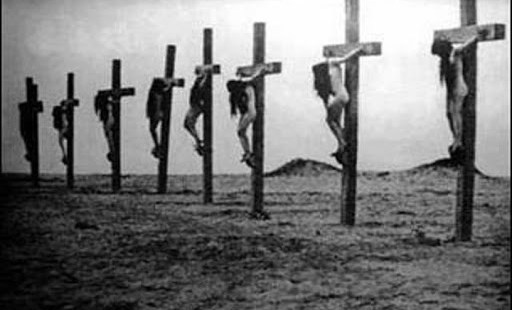 VATICAN CITY — “Medz Yeghern” (The Great Evil) is an even stronger term than “genocide” to describe the systematic extermination of 1.5 million Armenians by Ottoman Turks from 1915-17, Vatican spokesman Father Federico Lombardi said on Tuesday. He therefore wondered why the media is generating so much “obsession” over the use of one word.

At a press briefing Tuesday on Pope Francis’ 3-day apostolic visit to Armenia, June 24-26, Fr. Lombardi was asked by reporters whether Pope Francis would use the word ‘genocide’ during the visit. One journalist, observing that Fr. Lombardi had refrained from using the word “genocide” during the briefing, suggested he and the Vatican are being reductionist, and that their “reluctance” to use the word comes from a “fear of irritating the Turks.”

“Why the reluctance to use the word ‘genocide?’ Why the reductionism?,” the reporter asked.

Fr. Lombardi responded: “Why is there an obsession about using the word ‘genocide’ and asking all the questions about this? I will respond with the words of my Armenian friend who is here in the front row … who when we were discussing this, said that when one uses the expression ‘Medz Yeghern’  which is the Armenian expression, it is even stronger than what the term ‘genocide’ conveys.”

“Therefore,” Fr. Lombardi continued, “I prefer to use this expression precisely so as not to be entrapped by questions that do nothing but revolve around the use of one word. And so I focus on the substance.”

“We know what happened. None of us denies that these massacres occurred, and that they were horrible massacres… We are all very well aware of it and we acknowledge it … But we don’t want to turn this into a trap of political/sociological discussions, because we focus on the substance: there was an unjust massacre of people whom we also recognize as martyrs, inasmuch as many of them were killed for the Faith.”

“It is an enormous tragedy,” the Vatican spokesman continued. “Pope John Paul II used this word in his declaration, saying he considered it to be the first genocide of the last century. Excellent. But I think that I am also free in the use of my words, and I know what I am talking about, I use the expression ‘Medz Yeghern’ which is the expression my Armenian brothers use, and I believe we know what it refers to.”

The need for neutrality?