“Dangerous ideas?”: the Church and the Index of Prohibited Books 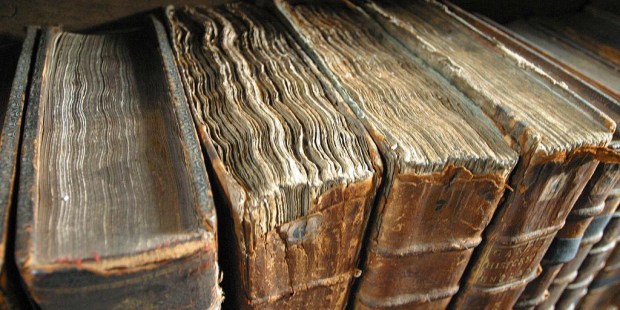 Catholics have no reason to be embarrassed or ashamed of it, argues David Mills

It’s one of those “How could they?” facts of Catholic history that people assume shows how “medieval” the Church was — and is — and how secularism was such an improvement, especially if we get more of it. The Church abolished the Index of Prohibited Books 50 years ago this month, though she kept the idea that the bishops should guide their people’s reading and people shouldn’t read everything they wanted.

The Index is also one of those facts of Catholic history of which we’re expected to be ashamed. We’re supposed to cringe in embarrassment. The Oppressive Church banned books and every good person knows that was Bad Bad Bad, because no one has any right to tell anyone else what to read.

Let me put it this way: The Index is nothing to be ashamed of. We have no reason to be embarrassed.

No reason to be embarrassed

In this case, as in so many others, the Church was only doing what everyone does for good reasons, but the Church gets blamed for it. Nearly everyone else gets a pass. Sometimes the authorities try to protect people from themselves and protect everyone else from people doing dangerous things. I wrote about this last week in the English weekly The Catholic Herald.

The government puts a lot of effort into discouraging smoking. It bans heroin and cocaine. Very few people declare the government oppressive because it makes hard drugs illegal and chases down and punishes those who sell them. The idea of an index only sounds funny to us because we don’t think of ideas as dangerous. We recognize physical dangers but not intellectual ones.

And as I wrote, we have informal indexes. Try to get your local library to put on its shelves The Protocols of the Elders of Zion, a once infamous (and wicked) attack on the Jews. Any would-be academic who invoked Charles Murray’s book The Bell Curve, which claimed to find intellectual differences between races, will ruin his chances of getting a job in almost any university in America.

Even the Brooklyn Library, a bastion of liberal enlightenment, keeps Tintin in the Congo, an overtly racist work, in a back room behind a locked door. Schools and libraries purge books newly decided to be sexist, homophobic, etc. Publishers produce sanitized versions of books like Huckleberry Finn and many of the great and good approve.

But in trying to guide the people in their care, the Church’s critics were only doing what the Church was trying to do in creating the Index. Some people see things the rest of us don’t see. They see dangers we don’t see.

A rough and ready tool

An Index may have been a rough tool and one sometimes badly applied, but that’s only to say it’s a human instrument. Education and persuasion would ideally be better ways of dealing with bad ideas, but they don’t always work. People don’t hear the message, or they hear it and don’t listen, or they listen and don’t understand, or they understand and do it anyway. Some people use heroin and cocaine even when they know what the drugs will do to them.

If you think intellectual errors may be even more dangerous than heroin, you might try to ban them. I’m not saying the Index was the right response to the danger, but in the context it was a reasonable one, and one of which we shouldn’t be ashamed.

There’s a lesson here about the way the world thinks of the Church. A lot of the things the Church gets blamed for are things human institutions naturally do, and they don’t get blamed. The Church probably won’t do it perfectly, because she’s run by fallen and limited human beings, but that’s true of everyone else too.

While criticizing sentimental businessmen, G.K. Chesterton noted that “Ideas are dangerous, but the man to whom they are least dangerous is the man of ideas. He is acquainted with ideas, and moves among them like a lion-tamer.” Some people tame lions and the rest of us don’t. Stuck in a lion’s cage, I would appreciate a lion-tamer’s guidance, even if he says “don’t” to something I want to do, like pet the nice kitty.