The mercy of modesty (a lesson learned on a nude beach) 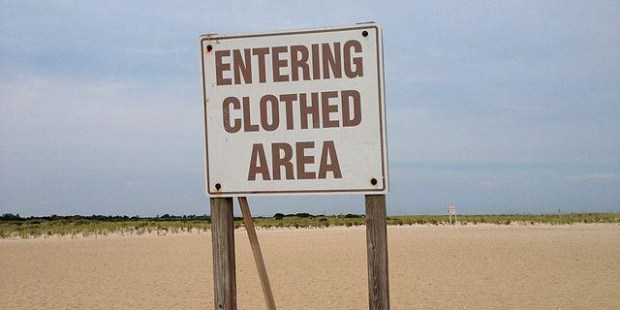 “Just look away,” may be a real response, but is it a merciful one?

While backpacking around Europe in college, I stumbled upon a topless beach in Barcelona, Spain.

The funny thing is, I didn’t even notice at first. Our party of three girls and two guys waltzed over to a nice spot by the water’s edge and began spreading our blanket and setting up our space before running into the spray of the crashing waves. We were so excited to be on a beach in Spain!

It took us a little while, but eventually we caught on that we were strangely overdressed. Once we realized it, I didn’t know whether to laugh or pick my jaw off the sandy ocean floor. I guess I did a little of both. But then, I thought, “What’s the big deal? We’ll just keep to our little corner of the beach and not pay attention to anyone else.”

My friend quickly scolded me on behalf of our two male friends, whom she said we should consider in packing up right away and leaving. Shocked, I stated that the guys were not affected at all.

All she had to do in response was glance back to where the two guys still sat, staring down at the blanket. They hadn’t moved an inch.

And then I realized: guys are visually motivated. Duh! Of course it didn’t bother me if women were topless. I mean, imagine if a man ran by us with no bathing suit. We would probably run away laughing or screaming. Why? Because women are not visually stimulated like men. It’s just that simple.

These guys realized they couldn’t guard their eyes from every bare woman randomly bobbing up and down the coast, so they took the only precaution they could, and looked at the sand. God bless them for it, but no, we couldn’t stay.

We packed up right away and found other things to do.

It’s so easy to consider our own outlook and dismiss all other possibilities as weakness. That day on the Barcelona beach taught me that lesson clearly. I’m sure none of those topless women were seeking to be objectified. In fact, they probably thought if a man couldn’t be there without having impure thoughts, he should just look away or leave.

But is that completely fair?

The fact is that modesty is a mercy. One aspect of mercy is that it is offered to people we’re really not responsible for, and who maybe don’t even deserve it. Whether I am responsible for how a man reacts to how I dress is arguable, but maybe my instinct is to err on the side of mercy and not even have to make him wrestle with himself. To be part of society is to understand that we are none of us isolated little islands. We might want to say, “I’m comfortable and if you have a problem with how I look it’s you’re problem, so deal with it,” and to an extent, that’s true. But it’s not merciful.

The beauty of the body rests in its dignity and source, and preserving that is a spiritual responsibility. Truly boasting of the dignity of the body through adornment that is fitting the event and situation invokes a desire for unity rather than utility.