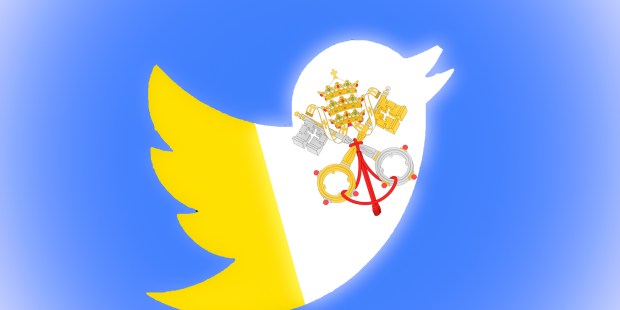 Where to turn for inspiration at 140 characters or fewer

“Emails, text messages, social networks and chats can also be fully human forms of communication…” he said in his message for the 50th World Communications Day. “Social networks can facilitate relationships and promote the good of society, but they can also lead to further polarization and division between individuals and groups. The digital world is a public square, a meeting-place where we can either encourage or demean one another, engage in a meaningful discussion or unfair attacks.”

Not only is it the pope but he posts simple tweets that directly relate to things being talked about right now around the world. Far and away the #1 Catholic Twitter account for followers and activity.

Mark Hart works for Life Teen and posts interesting reflections on the Gospels and family life that often manage to be funny and insightful at the same time. He has published a book of his tweets.

This Catholic singer-songwriter specializes in great worship music and posts about ordinary life and injustices around the world that make her heart bleed. She has a real heart for justice and has no fear of offending people on both sides when pointing out the morality of certain circumstances.

There are several anonymous Catholic humor accounts on Twitter. In my opinion this one is a cut above the rest because the person running it manages to engage the culture both on Twitter and in general. She lets you into the mind of a young single woman trying to live a Catholic life and seasons her tweets with humor.

If you want inspirational saint quotes, intercessory prayer or Catholic twitter storms, I think this family is the best. They control a whole slew of Twitter accounts.

John Allen Jr. is, in my opinion at least, the best reporter on the pope and Vatican in the English language. Most of his posts are links to articles on Crux, which is the news website he runs, but he also engages by RTing others and replying to questions.

Also known as The Catholic Hipster, Tommy posts some humorous stuff about living as a Catholic dad; he also podcasts. As I was composing this list, I tweeted a request for suggestions and his name came up far more often than anyone not already on the list. He shows how to use Twitter in ordinary life and with a bit of humor to evangelize.

Leah became famous 4 years ago in the Catholic world with the headline, “Prominent atheist blogger converts to Catholicism.” Right now she writes for the statistics news site, FiveThirtyEight, and blogs a combination of statistical analysis of everything imaginable, math jokes and neat Catholic stuff. She shows how you can live as a Catholic while fully immersed in the world as a secular journalist.

Similar to @comcatholicgrl, this account takes a broad perspective on Catholic life, pointing out what we can take lightheartedly while defending the faith strongly against serious attack.

John is a seminarian from the Archdiocese of Los Angles who posts daily 15-second insta-homilies from locations that underscore his point. He has more energy than the Energizer bunny.

Hannah is a college student who tweets about her ordinary life and posts interesting and humorous tweets about faith and life.

Fr. Jonathan is familiar as a priest who is an occasional commentator on Fox News and author of a few books, the most recent being The Serenity Prayer. He posts his weekly homilies and a bit on the news.

Full disclosure: I’ve had reciprocal Twitter interactions (they’ve responded to me or RTed me) from most on this list, and I know some of these people offline.