Did Jesus really rise from the dead? 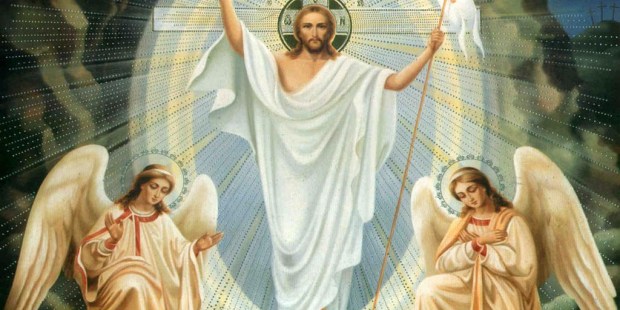 If you don’t know how to argue the resurrection of Christ, you need this book

Taught by a Presbyterian professor of sainted patience, Virgil Rabe, I was the class atheist in his religion and philosophy courses.

My unbelief was not a sophomoric affectation, poking at the professor just for the fun of it (though there was some of that, sure). No, my contempt for religion and most of what went with it was real, a genuine disbelief. It was an intellectual choice. The stories, myths, doctrinal accretions, and dumbass moralist posturing of some Christians made no sense, not to me.

Looking back, I know why. But don’t think I was happy about it. Well before college I had confronted wrenching, inexplicable death. I was angry with God, mostly because he did not exist. So, I was the class atheist. Was there any other choice?

From age 16 and for some ten years on or better, I never walked inside a church with any expectation of believing anything I read or heard, least of all that Jesus was raised. For me, resurrection was the linchpin of faith, if there was a faith to have.

When I went to work on a history master’s, I got hooked with questions about the consequences of historical fact. Hardly anything ever happens when nothing happens, one of those cause-and-effect things. No cause, no effect. This thing happens and because it did, another thing happens directly related to it: There are turbulent ripples rushing out from a central splash. Even if you did not see it, and encounter only the ripples, the evidence is available.

I found myself, for the first time, puzzling over the historical outcome after resurrection. After resurrection is rich ground for plausible inference and not unreasonable conclusions. This is what tipped me. The least we can say with absolute historical confidence is the earliest disciples believed Jesus was raised, and that is really saying quite a lot.

Carl E. Olson, however, thinks that is not enough, and he piles on layer after layer of well argued inferential as well as direct evidence. Carl is the editor of Catholic World Report and Ignatius Insight. His book, Did Jesus Really Rise from the Dead?, discusses the very questions that pestered me so acutely, and takes up a lot of others as well.

But if you already believe the resurrection, do you still need to read about it? Yes. Because you will find people who do not believe it largely because they’ve never given it any real critical thought. How do you argue the resurrection of Christ in a highly secularized, skeptical culture? Don’t know? Then you need this book.

More to read: “It is consummated.” The Mad Eros of the Cross

There are at least three positive theories of the resurrection — “positive” meaning, yes, it happen in one form or another. I won’t mention them here because, as always, I am more interested in theories that dismiss the resurrection, and those Olson has conveniently categorized:

These challenges to the resurrection have been around since the first disciples made their first reports. Olson, to give him credit, does not dismiss them out of hand. Instead, careful scholar that he is, he carefully engages each, spending four separate chapters doing it. He plainly exposes the inherent weaknesses of each, arguing that none of them can provide a plausible answer for what exactly happened.

We end up returning to what the disciples first believed, and why they believed it. Once someone arrives there, like I did (and as Olson points out), it is no longer a debate about the resurrection, but who was it who was resurrected. “Who do you say I am?” as Jesus questioned his disciples.

After I entered Lutheran seminary I sent Dr. Rabe a note explaining what had happened. He returned a post card with three words: “Heh, heh, heh.”