Once single, pregnant and facing homelessness, she now helps others in crisis

Remarkable story of courage and faith: How a young woman turned her life around thanks to this Catholic charity

Ruth Lafortune, with her striking eyes and hair worthy of Beyonce, greets me at the door of her home with a warm hug. Her children play quietly on the rug by our feet as we talk about how the Catholic charity Good Counsel Homes helped Ruth out when she was seven months pregnant with nowhere else to turn.

Check out the behind the scenes photoshoot: 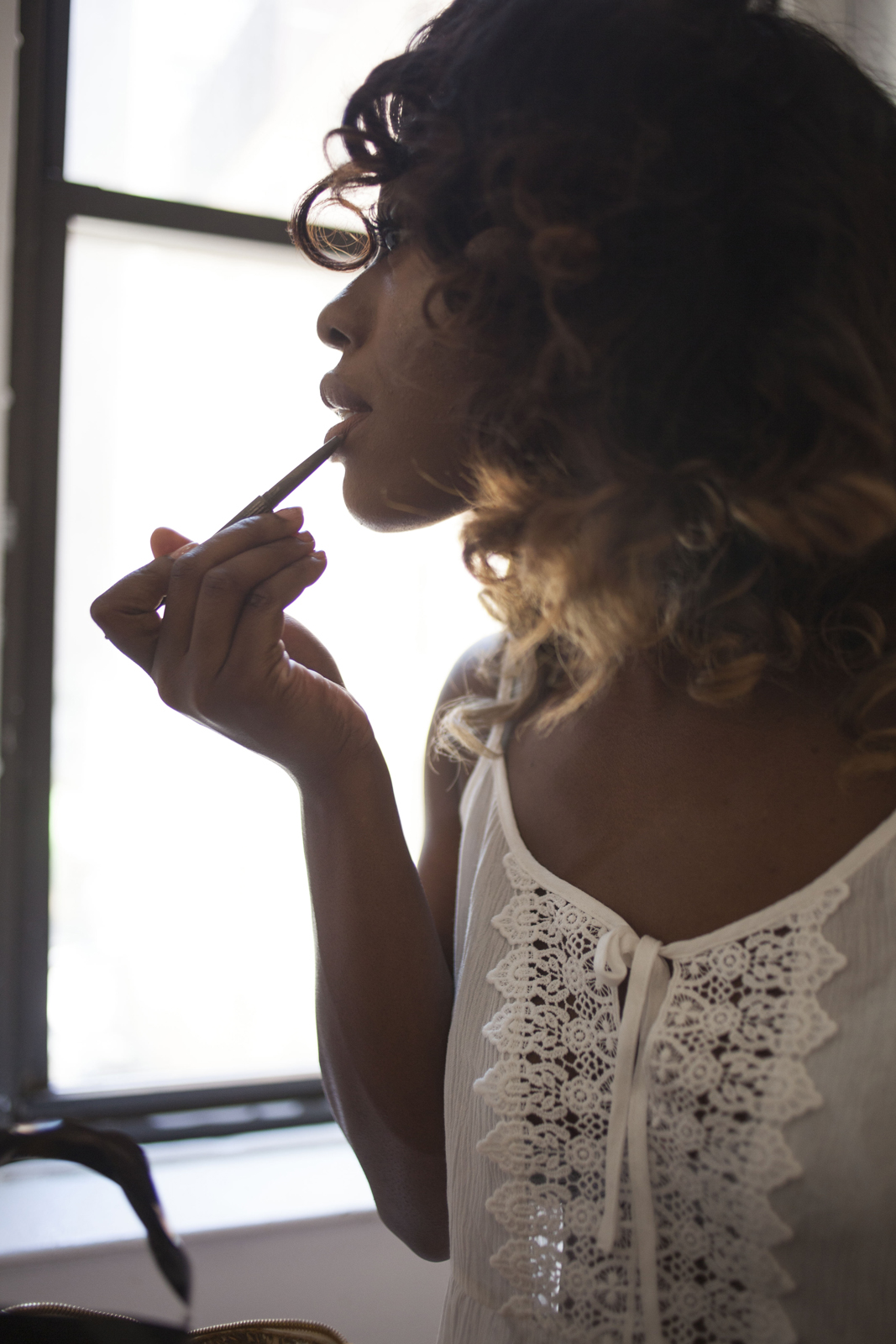 Ruth’s life before Good Counsel Homes was no picnic. She grew up in “an extremely conservative Pentecostal family” as the middle child of five. Her mother “beat, cut, and burned” her. Her uncle began sexually abusing her at the age of 4 and continued molesting her until she was 15. Throughout her childhood, Ruth “always thought the worst thing in the world was to be a woman.”

Ruth became a “rebel” and “the black sheep” of the family. At age 20, she got pregnant by a man she later discovered was married. Her father gave her an ultimatum: “one – abortion, two – marriage, or three – get out.” She left her parents’ home that week.

She moved in with another boyfriend and gave birth to her first daughter, Divon Jade. Ruth soon got pregnant again, but her boyfriend became “controlling and abusive,” hitting her and refusing to let her step out of the house unless he was with her. “I just started praying, ‘God, tell me what to do.’ [God] told me to leave” her boyfriend, but “I was so afraid,” she confessed.

Ruth moved into the Spring Valley, N.Y. house of Good Counsel Homes in November 2010 when she was seven and a half months pregnant. She had no job, no health care insurance, and had received no prenatal care. The staff at Good Counsel helped Ruth to get Medicaid coverage on an expedited basis and encouraged her to apply for food stamps.

Ruth had a difficult time adapting to the “structure” of Good Counsel, including the assigned chores, strict daily schedule, and 6 p.m. curfew. But the life skills classes about “motherhood, cooking, and spirituality … helped a lot,” she said. And it was at Good Counsel that Ruth finally came to terms with her childhood history of abuse, realizing that the abuse is “not who I am, just what happened to me.”

Ruth remembers Good Counsel staff member Miss Pauline affectionately. “She taught me how to cook and how to keep my mouth shut,” Ruth laughed. When Ruth’s second daughter, Soleil, was born in February 2011, Miss Pauline was with Ruth in the hospital.

When Ruth returned to the Spring Valley house after Soleil’s birth, the other residents acted “like sisters” to her. Everyone would wake up at 5 a.m., and as one mom took a shower the other moms would watch the babies. “We were extremely close” and “really looked out for each other,” Ruth said. The staff also provided free day care for the moms who worked.

Despite all the assistance provided by Good Counsel, “nobody babies you, nobody holds your hand,” said Ruth, and so she began to develop a sense of accountability and responsibility. “It’s my fault that I’m in this position” of an unemployed single mother for the second time, she realized, and “I need to get out of this position.”

“Before Good Counsel, I was never an ambitious person,” said Ruth, but “Good Counsel teaches you about reality and about the world. … It pushes you to want more.” Ruth left the Spring Valley house when Soleil was three months old. Although she got a job at Victoria’s Secret, it wasn’t enough to pay the rent, so she turned to stripping and working as an escort. Her husband, whom she married in 2013, is a former client who took her “out of the life.”

In Fall 2014, Ruth entered Suffolk County Community College. Beginning in advertising, she soon heard God calling her to “help people.” She responded, “God, you got the wrong person! … If it’s my calling, then you make it happen.” She changed her major to social work, eventually being placed on Dean’s List and inducted into Phi Theta Kappa with a 3.7 GPA.

She also began volunteering at Good Counsel, feeling urged by God despite thinking, “No, no, no, I don’t have time!” Her sister Sophonie explained, “That’s how God works, it’s not about your convenience.” The first time Ruth returned to speak to the moms at Good Counsel, “I cried and they cried,” said Ruth. “They say I give them hope … that things will get better,” Ruth explained.

Summing up her life so far, Ruth concluded, “I failed so much more than I succeeded, but my accomplishments have superseded my setbacks.” As her favorite Bible verse says, “At dusk weeping comes for the night; but at dawn there is rejoicing” (Psalm 30:6).

Ruth Lafortune is the first of 12 people being featured in our upcoming series ‘Supermodels’ which spotlights individuals who demonstrate qualities of profound faith, courage and witness.

Photographed by Jeffrey Bruno at Fairway Studios NYC with special thanks to Sofia DeBenedicta and Frank Lettieri Jr.