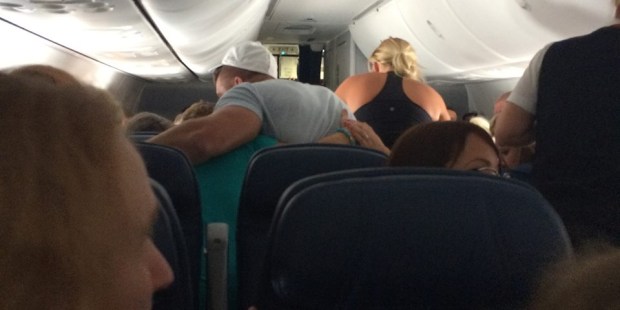 “Our purpose is to bring faith, hope and love to those in their darkest hour of need. And those people are everywhere.”

Earlier this week a passenger on a Delta Airlines flight from Atlanta to Phoenix experienced a mid-flight heart attack and was quickly aided by flight attendants and fellow passengers. Unexpectedly, NFL free-agent Tim Tebow walked up to the family and began to pray with them, comforting the family in their time of need.

A passenger on the flight, Richard Gotti, witnessed the event and posted a description of what happened on Facebook.

The Tim Tebow Foundation confirmed the story and added that once the flight landed, Tebow “used a car that was arranged for him to transport the man’s wife and family to the hospital, and remained with them for a short time.” According to news reports, the man later died in the hospital.

Tebow is well known for his Christian faith and has preached at schools, churches, youth groups, and conferences across the country and abroad. Earlier this year he spoke with People Magazine and explained his firm belief in helping others.

“Our purpose is to bring faith, hope and love to those in their darkest hour of need. And those people are everywhere. You just have to open your eyes to see them…That’s where you find your purpose – helping the people who are around you. And there’s not a person on earth who can’t help someone. It doesn’t matter who you are or what you have. God can use anyone.”