“You’re acting like a jerk, but…” At the juncture of Justice and Mercy 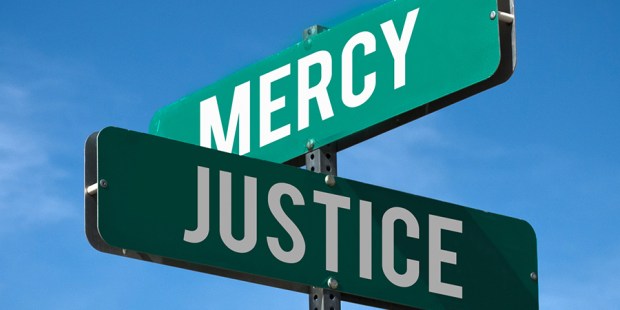 How do we reconcile these two actions — the cheek-turning, and the admonishing?

Writing this week on Pope Francis’ call for the Church to apologize to the gay community, David Mills agrees that apologies must indeed be made.

In doing so, he notes that there are Catholics (and other Christians) who are reluctant to say “Amen” to the idea, and — to a point — he understands that reluctance, particularly when some people have lost their livelihoods for the deep social crime of making suitable recommendations to customers while requesting that they take their business elsewhere, as a matter of religious conscience. In a world where how one “identifies” matters, people who are feeling bullied or defensive do not often identify as aggressors who need to apologize.

And yet, Mills argues, for the love of Christ Jesus, we must be willing to turn the cheek, even if we do feel bullied; even if — as some argue on social media — LGBQT folk seem so vastly over-represented in media that it feels like a browbeating.

Jesus instructs us to do something radical and very difficult. I am not big on turning the other cheek, even in web arguments with strangers. I want to win. Worse, I want them to lose. Of all Jesus’ instructions, this is the one I find hardest and most annoying, and I’m sure I’m not alone.

But fair is fair. It’s what we ask of others, this radical uncomfortable obedience.

We ask our homosexual brethren…to deny themselves something almost everyone else can have: a marriage, two people forming a haven in a heartless world, with someone they actively desire, with all the pleasures of romance that sexual desire brings. We ask them to live as celibates in a sexually-sodden culture where they may never find the alternative of deep, committed friendships. We ask them to risk loneliness we don’t risk.

The least we can do is turn the other cheek when an online antagonist says stupid or vicious things about us, to bless him and pray for him, to avoid judging him, to show him mercy — and perhaps, if we can in a way he will hear, to gently admonish. To treat him, to put it in a nutshell, as we would like to be treated. The least we can do is apologize to those we haven’t loved as we should

Emphasis mine. It seems to me that in this line, and this paragraph, Mills has hit on the precise point at which justice and mercy come into tension. The requirement to turn the other cheek when one is being sued, or hectored, or called a bigot and a hater, feels so unsettlingly unjust as to confound us, and it’s hard for us to find the merciful element within such an act.

This is the location of that highly tender sore spot — the belly knot where we Christians hold so much of our tension: we are called to turn the other cheek, but we are also called to “admonish” behavior that we know is wrong or unjust, as we know bullying always is.

How do we reconcile these two actions then, the cheek-turning, and the admonishing?

It is a confusing place, this intersection of Justice and Mercy, but we can successfully navigate it by judiciously putting the brakes on our own need to win, and then smoothly accelerating into a constructive and Christ-conscious tone.

Here is where we get to say to someone who is calling us names or falsely charging malice, “you’re acting like a jerk right now (admonishment), but I’m going to consent to hear it (cheek turn) because I know that it comes from your sense of feeling rejected by a teaching that seems not just hard, but harsh, and because I am sure that somewhere down the line, some Christian has used that teaching to demean and devalue you, for which I am sorry (apology).”

At this point, you have acknowledged the person before you, in human fullness, without letting either of you off the hook for the personal responsibility we all have to not abuse one another.

“You’re acting like a jerk; I’ll stand it because I hear what is behind it, and I know my Church has had a hand in that pain; I’m sorry.”

There is really nowhere for an opponent to go, after that — not if the person is arguing in good faith — except to a place of reciprocal respect. And that is the place where authentic dialogue can finally take root.