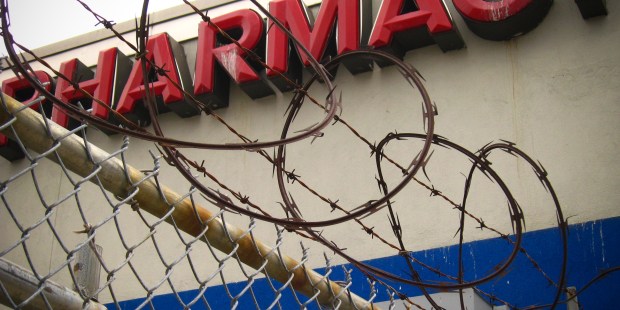 Washington state businessman Greg Storman doesn’t hide the fact that it’s a religious reason that prevents his family-run pharmacy from dispensing Plan B and other emergency contraceptives.

On Tuesday, he and his colleagues received the disappointing news that the Supreme Court effectively forced them to act contrary to their beliefs—or go out of business.

The high court turned down a request to hear the Storman family’s case, which has been ongoing for more than a decade. The last court to weigh in was the federal Ninth Circuit Court of Appeals, which required them to follow Washington state law that all pharmacies stock and dispense all FDA-approved medications.

Earlier in the case history, in February of 2012, a federal court declared that regulation unconstitutional, explaining, “The facts of this case lead to the inescapable conclusion that the… rules discriminate intentionally and impinge Plaintiffs’ fundamental right to free exercise of religion.”

The State appealed to the Ninth Circuit, which in July 2015 ruled against the pharmacists’ right of conscience.

Ralph’s Fairway, the chain of stores owned by the Storman family, had been referring clients who requested the abortifacient drugs to one of over 30 pharmacies within a five-mile radius. According to the Becket Fund for Religious Liberty, no customer has ever been denied timely access to any drug. Timeliness is key to the debate, as the drugs are marketed to prevent a pregnancy from beginning, after a couple has “unprotected sex.”

But Supreme Court Associate Justice Samuel A. Alito, Jr., who was joined in a dissent by Chief Justice John Roberts and Associate Clarence Thomas, wrote that the high court’s decision not to hear the case challenge is an “ominous sign” for those who value religious freedom.

“If this is a sign of how religious liberty claims will be treated in the years ahead, those who value religious freedom have cause for great concern,” Alito wrote.

Pope Francis, in an address last September in front of Independence Hall in Philadelphia, said, “Let us preserve freedom. Let us cherish freedom. Freedom of conscience, religious freedom, the freedom of each person, each family, each people, which is what gives rise to rights. May this country and each of you be renewed in gratitude for the many blessings and freedoms that you enjoy. And may you defend these rights, especially your religious freedom, for it has been given to you by God himself.”