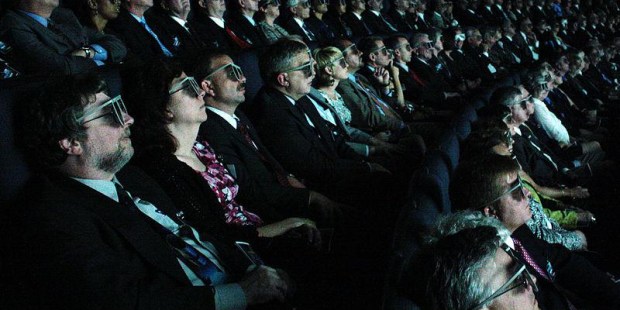 This past week, The Film Stage broke some very interesting news to the English-speaking world: visionary director Terrence Malick (The Tree of Life, Voyage of Time – watch the brand new trailer here) will be working on a biopic about a little-known figure who was beatified by the Church in 2007:

“He’ll next be directing Radegund, which will depict the life of Austria’s Franz Jägerstätter, a conscientious objector during World War II who was put to death at the age of 36 for undermining military actions. In 2007, Pope Benedict XVI declared Jägerstätter a martyr, and he was beatified in a ceremony. Set to play Jägerstätter is August Diehl (Inglourious Basterds, The Counterfeiters), while Valerie Pachner will also join.”

Given the subject of Radegund (the title refers to a 6th century queen who “found protection under the Church after fleeing her marriage when her husband had her brother murdered”), it’s fair to assume that critics hoping for Malick’s 1998 World War II film The Thin Red Line will be disappointed. The form of a biopic may force the director to be more disciplined; however, this sounds very much like yet another chapter in Malick’s ongoing “religious stage” of filmmaking, which continues to baffle audiences and infuriate critics.

Shortly after this news, an announcement went out about a second upcoming film titled A Rose in Winter – this one about Edith Stein, a 20th-century Jewish philosopher and convert known to the Church as St. Teresa Benedicta of the Cross:

“Keller Edde Studios announced Sunday at the 2016 Cannes Film Festival that Joshua Sinclair (Gigolo, Judgment in Berlin) will write, direct, and produce the film, a Holocaust biopic revolving around Edith Stein, the only Jewish patron saint of Europe, who was killed by Nazis at Auschwitz on August 9, 1942 after fighting for women’s rights and gender equality in Germany. According to a press release, the film will tell Edith’s story from the perspective of a New York Times journalist, Michael Rosten, in the 1960s.”

That last line is a tantalizing clue about the film’s structure, which will be a departure from the more straightforward biopic, Edith Stein: The Seventh Chamber. For readers of Stein’s life and works, The Seventh Chamber was invaluable, featuring a virtuoso performance from Maia Morgenstern (who went on to play Mary in The Passion of the Christ) and an unforgettable final scene. But all in all, it was a grainy, modest production with a very limited audience.

In contrast, A Rose in Winter already has a few very high-profile figures attached to it. Ennio Morricone, the legendary Italian composer who scored Sergio Leone’s “Spaghetti Western” films and Quentin Tarantino’s The Hateful Eight, will create the music, while Oscar-winning cinematographer Vittorio Storaro (Last Tango in Paris, Apocalypse Now) will work the camera.

But in a press release from Sinclair, he makes it clear that the goal of the film is not just to tell a good story – it’s to tell the story of Edith Stein’s goodness:

“This film sheds light on the story of an exceptional woman whose courage and tenacity demonstrated the interdependence of religions in the shaping of the Western world. This Judeo-Christian interdependence is extremely important in defining and preserving the identity of a Western world that is toying, once again, with the beast of anti-Semitism. Very few people understand the greater significance of Edith Stein’s journey, and I feel compelled to make sure we all know more about her and what she stood for through this project.”

Both of these films are still being developed and will probably not release for at least another year or two. But all is not lost: by the end of this year, Scorsese’s next film Silence will take the movie world (and in all likelihood, the 2017 Academy Awards) by storm. The film is based on Shusaku Endo’s novel about Jesuit missionaries shepherding persecuted Christians – and wrestling with their own faith – in 17th-century Japan.

If this latest round of news is any indication, Scorsese’s Silence could very well usher in a new Renaissance in “faith-based” moviemaking.