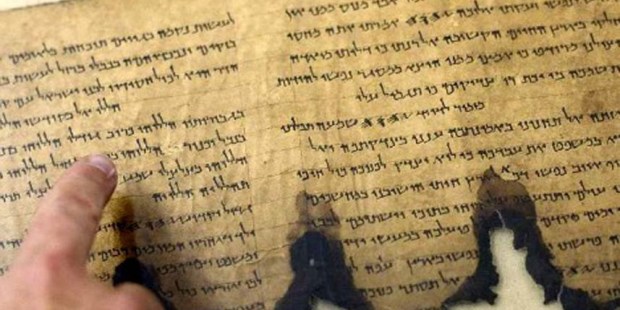 Some Dead Sea Scrolls, recently digitized, could provide answers and raise new questions around the biblical story of the universal Flood

Noah’s Ark’s roof had a pyramidal shape. At least, it was crowned by some kind of pointed tip. This conclusion, as read in an article written by Nir Hasson for Haaretz, emerges from a new reading of the Sea Scrolls, which was possible thanks to a project that has digitized some of the rolls with a sophisticated technology, allowing some previously illegible letters and words to be read with relatively no effort.

For nearly five years, a laboratory established by the Israel Antiquities Authority as part of the Leon Levy Dead Sea Scrolls Digital Library has been painstakingly scanning roll after roll. Each fragment is photographed in high resolution 28 times, using different wavelengths of light.

We are talking about tens of thousands of these fragments. And some of these discoveries offer radically new interpretations of known biblical texts.

Dr. Alexey Yuditsky, member of the historical dictionary department for the Academy of the Hebrew Language, referred to the section on Noah’s Ark, in which a word that came right after the words “the ark’s tallness” had been, previously, simply rendered unreadable. Now, new research has revealed that the word in question is “ne’esefet” which means “gathered.” Yuditsky interprets this text as if to say that the “ribs” of the ark (that is, the transverse beams that shaped the legendary boat) came together at the top. That is to say, the “roof” of the ark tapered to a point, giving it some quasi-pyramidal shape.

Moreover, Yuditski added several other arguments to support his claim. For example, in the Septuagint (the Greek translation of the Bible, made in 3rd century) a Greek word with a similar meaning is used in the same passage, and Maimonides also states that the Ark, at its upper end, ended in some sort of “point.” But this new discovery shows that this conclusion goes back to 2,000 years in the past.

All these new interpretations, and more details on this study can be found on the website of the academy, Maagarim, as noted in Hasson’s article for Haaretz.