Who is on your enemies list? Don’t pretend you don’t have one… 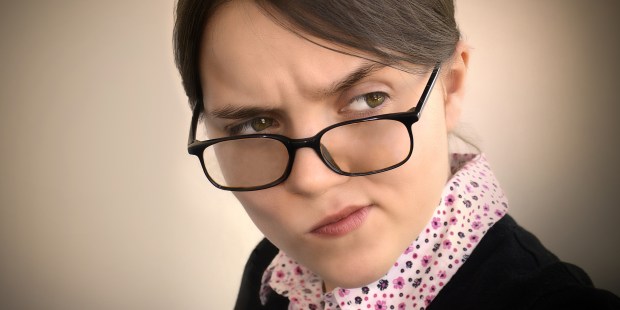 Here’s the remarkable secret: praying for our enemies changes us, not them

29) Make a list of your “enemies.” Then, every day, say a prayer for them.—56 Ways to Be Merciful in the Jubilee Year of Mercy

Who’s on your enemies list? Don’t pretend you don’t have one. I tried to pull that on myself, thinking, “Really, no one’s out to get me. There’s no one I dislike or fear or am angered by enough to call an actual enemy. Not me, no way.”

And then I remember. The guy who insists on lighting up outside my open apartment window three or four times a day, in spite of the No Smoking signs. The commentator who argues for the sake of arguing and must always have the last word, even though it’s my combox or Facebook thread in which she’s having it. The enemies from deep memory: the mother who didn’t understand, the spouse who left, the boss who was deliberately cruel. The enemies on the big stage: the bullies and warmongers and terrorists and dictators, at home and abroad.

Given opportunity and a modicum of honesty, we all have a list. This urge to vilify and blame, to clutch close to our bitter little hearts the names of those we hold responsible for our unhappiness, is human and common enough to be satirized, as Gilbert and Sullivan did in The Mikado. We are all Ko-Ko, the jumped-up Lord High Executioner of Titipu who used to be an inept tailor, and whose glee in recounting all those to whom he’d like to give the chop is celebrated in the patter song familiarly known as “I’ve Got a Little List”:

For those of us old enough to remember the Watergate years, the notion of a political enemies list is quite familiar. Former President Nixon was neither the first nor the last to keep a list of opponents or to attempt to make their lives miserable; his administration was merely less reticent about it than most.

So carrying out the first part of this week’s suggestion for acting mercifully in the Jubilee Year – “Make a list of your ‘enemies’” – is not as tough as it should be, sadly. And yet even this first part is a mercy to us, because it forces us to acknowledge that we see some people as our enemies, as Other, as Not Us. It forces us to admit we are at war, which is the first step in making peace.

Oh, that next step, though: “Then, every day, say a prayer for them.” Too hard, too hard. Jesus knows how hard, so he tells us – if we are willing to listen – why we must do this.

“But I say to you that listen, Love your enemies, do good to those who hate you, bless those who curse you, pray for those who abuse you. … Love your enemies, do good, and lend, expecting nothing in return. Your reward will be great, and you will be children of the Most High; for he is kind to the ungrateful and the wicked. Be merciful, just as your Father is merciful.” (Luke 6:27,35-36)

Here’s the remarkable secret: Praying for our enemies doesn’t change them. It changes us, slowly and grindingly and grudgingly, into people of mercy who look like their Father. It changes hatred to love. You cannot pray for someone and hate her. It changes how we see, transforming enemies into beloved sisters and brothers.

And sometimes, praying for our enemies saves our lives – and theirs. For proof, watch the remarkable 2015 short documentary film, “My Enemy, My Brother.” See how, at a critical moment, one enemy asked God to bless another and was saved by his prayer, and later – miraculously – saved the one who saved him.

Thomas Merton, in a letter to Dorothy Day, said it best: “Persons are not known by intellect alone, not by principles alone, but only by love. It is when we love the other, the enemy, that we obtain from God the key to an understanding of who he is, and who we are.”

Make that list. Write it down. Don’t be afraid – I may be on your list, you may be on mine, it’s all right. And then pray for each name, every day, and watch mercy shorten the list until it dissolves in love and gratitude. A great reward, indeed.

[Editor’s Note: Take the Poll – Do you pray for your enemies?]