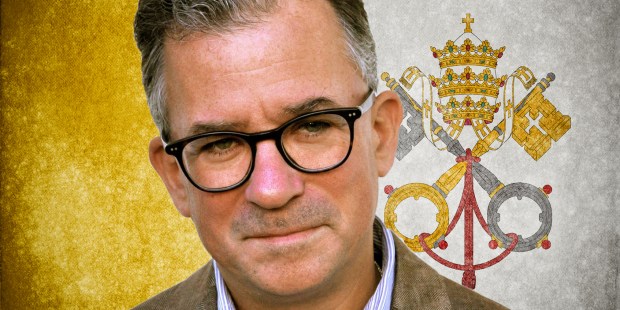 Aleteia: Why was it important to create the Catholic Voices movement?
Austen Ivereigh: When this project was born in London in 2010, the gap between our secularized Western society and the Catholic Church had never seemed so huge. Faced with the hostility of our critics and the media which were the sounding board of many prejudices, it became increasingly difficult to communicate the message and the reality of the Church. To respond to the opposition to Pope Benedict XVI’s visit to England, we developed a method that allows us to become aware of unconscious biases — what we call the frames — and learn to get beyond them -—what we call reframing. It was a success, and we managed to explain the Church’s positions, including very controversial or sensitive issues, in a way that allowed people to see the face of compassion and mercy of the Church, without in any way compromising our mission as witnesses to the truth. Six years later, we are present in 22 countries and the method has proved very fruitful. This is the subject of our book called How to Defend the Faith Without Raising Your Voice.

Looking back, our aim was not to create a method of international communication; we wanted to form a team of “ordinary” Catholics that could explain the Church’s message during the papal visit.

But I also think that the time was ripe for this project, and I think that Divine Providence helped it along. Pope Francis is a living example of what we try to do.

What about in countries like France, given that communication is the prerogative of the Church there?
I recently met with the French bishops in Paris, and one of them said this: “We should support this project because it’s the ecclesiology and theology of Vatican II.” And this is the case. Lay people have a calling, a vocation and a mission of evangelization. Explaining the positions of the Church in the media is ideal for lay people who are in the world, and who already do so elsewhere: in the office, in the bar, at dinners with friends. Of course, the bishops have a media presence, and intervene in the public debate, either in person or through their spokesman. But what we do does not encroach on their role. If the issue is a clear point of Church doctrine — for example, on assisted suicide — you can call us. If you want to know what the bishop thinks of the President’s last statement, you should simply contact him. This reciprocity works well in most countries where the project exists. We are not the official spokespersons of the bishops, but we have their blessing. They are happy that we are doing, in a reliable and professional way, what all the lay baptized are called to do.

Generally speaking, what fault do you find in Catholics’ way of communicating?
We have learned an important lesson. Difficult issues that Catholics feel least able to deal with – which we call “hot button issues” — are precisely those on which we must communicate effectively. They are the point of rupture between the Church and the values of contemporary society. Where sparks fly, people’s interest is also ignited. These scandals — in the biblical sense of tripping over an obstacle — are also those where the Church arouses the greatest interest. Those moments when all eyes are on us: “You are a Catholic, how do you defend that? ” We must learn to seize such opportunities to communicate effectively. Our message: practice, train, and enjoy all these confrontations that are in fact golden opportunities. Our books, our training and our workshops are there to help.

In a nutshell, what answer can we give, for example, to those who think that the Catholic Church is the source of all the evil in the world?
I would start by asking them to explain what they mean by “the greatest evils in the world,” and why they think they are evil. Then ask them for every evil the way they think that the Church has contributed.  Every accusation addresses a position based on values that our critic considers have been violated, and it is important to identify these values. For example, when someone says that the Church’s opposition to condoms promotes AIDS and overpopulation, they are in fact defending the value of life, free from all poverty. Some simple arguments are enough to demonstrate that these are values which the Church defends more than anything! Once we identify the values involved, a real discussion of the substance becomes possible.

Could you give a tip to our readers, the basics to establish a respectful and fruitful dialogue rather than sterile polemics in all circumstances?
More than a trick, what allows a respectful dialogue is a state of mind that does not begin with “How do I protect and defend my faith and arguments from being contaminated?” but “What values are at stake here?” Catholic Voices does not provide ammunition for the battle, but the tools to bridge the gap between perception and reality. A fruitful dialogue is a dialogue which allows both parties to lean towards greater truth. To quote the great metaphors of Pope Francis, it is about creating a culture of encounter, rather than a culture of waste in which the opinion of the other person is good to throw away. If our project achieves this, then I’m happy.

Translated from the French edition of Aleteia.