They know more than any 20-something couple could, but still got married 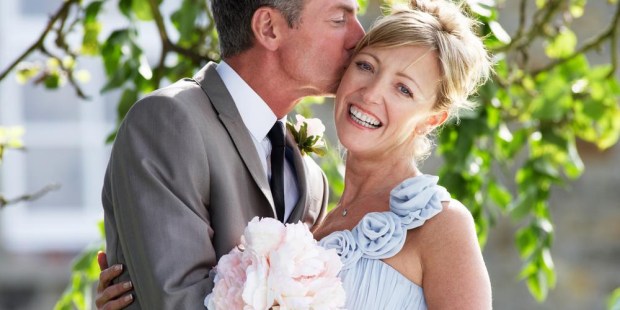 Their marriage is both a beginning and a completion

His parents were old, and they walked by us with dignity but not speed down the aisle. Her parents were a little younger. He now has steel-grey hair, though she is one of those ageless people who will look young when they’re very old. With current life expectancies, she’s just under middle age and he a couple years over.

As they walked down the aisle at the end of their wedding Mass, they both looked as happy, as pleased, as any two people I’ve ever seen.

The wedding of older friends (believing older friends) is particularly beautiful and grand. Two people with experience of life give themselves to each other, knowing life’s challenges and risks and more to the point, knowing themselves and knowing each other. They’ve seen friends’ marriages, good marriages, break up. They know what they’re getting into in a way no twenty-something can.

My friends — I’ll call them Christopher and Emily — know all this. They’d score well above average on a realism scale, if someone had invented such a test. No starry eyes for those two, no hunting for unicorns, no magical unearned happily ever after. Admiration yes, but also the recognition that the other is someone who earns his or her regular visit to the confessional. Christopher knows Emily, and himself. Emily knows Christopher, and herself.

That just made their wedding last Friday grander and more beautiful. I think such weddings feel that way because while the marriage of young people is a beginning, theirs is both a beginning and a completion. It creates something new and fresh that is already solid and deep.

At my friends’ age, courtship isn’t driven by romance and hormones. Dreams of a life together and sexual desire play their part, of course, but so does observation, and even calculation. The proposed union is negotiated, ideals and hopes compromised, lifelong plans modified, the couple searching together for the kind of marriage God wants them to have. In the end they agree that this is what they will do. The marriage marks the completion of that work and the beginning of the next.

When my wife and I were with her a few weeks ago, my sister gave us a box of old photos. My wife pulled out some pictures of our wedding, and my first reaction was that those two people were much too young to get married. She had those big glasses that now look so goofy, and I had the long wavy hair that made a friend’s mother say “There goes Keats or Shelley.” We looked, to me now, like children.

I remember thinking back then we were so grown up, but we had no idea what we were getting into. Our wedding was pure beginning. We were like eight-year-olds handed loaded guns to play with, after some very quick and general instruction about gun safety. “So what birth control are you’re using?” was the first question we got in the counseling our Episcopal church required, and it didn’t get better from there. The parish counselor seemed more concerned that we not have unexpected children than that we get along.

Thirty-three years later, I can say that about marriage we knew . . . nothing. Completely nothing. Not just about the challenges but about the joys. We had none of the realism nor the prayerful reflection with which our friends moved to their marriage. It was, as I say, all beginning.

That has its own beauty and grandeur, of course, two naïve idealistic kids casting in their lot with each other, for better for worse etc. till death do them part. But the wedding of older friends, that’s something peculiarly moving. I think I’ll always remember my friend Christopher’s face as together he and Emily walked down the aisle at the end of the wedding. He had the kind of smile that conveys joy of a life beginning to be lived, of course, but also satisfaction at a job already well done.

For more on marriage see The World Thinks Sex Is Boring  and Lust and a Willingness to Compromise Do Not a Marriage Make .