HBO hits home run with new drama “The Night Of” 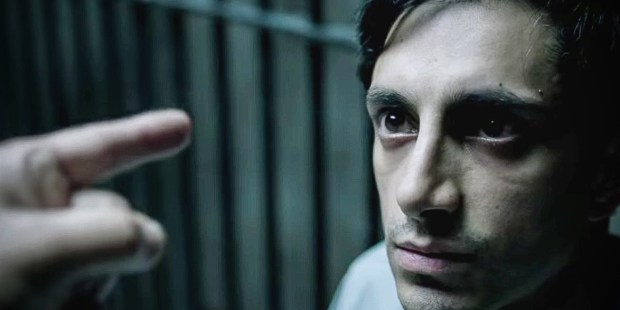 HBO’s philosophical crime series True Detective inspired not one, not two, not three, not four, but five of my articles on Aleteia. Obviously, I couldn’t say enough about it.

But after a sub-par second season and mounting doubts about a third season, critics generally agree that HBO has dropped the ball in the drama department. The fantasy Game of Thrones may be the talk of the town, but the star-studded Vinyl was cancelled after just one season, while the meandering and hollow The Leftovers approaches its third and final season next year.

Enter The Night Of.

The series formally premieres this Sunday at 9 pm, but the first episode has been available on HBO streaming services since last week. In it, we follow a young Pakistani-American student named Naz on a fateful trip from Queens to Manhattan that results in a grisly murder.

This slow burning seventy-nine minutes doesn’t just pick the ball back up. It knocks it straight out of the park.

The show itself has an interesting backstory. An earlier pilot starred James Gandolfini as defense lawyer John Stone, but after Gandolfini died unexpectedly in 2013, Robert De Niro stepped in to play the role. When a scheduling conflict took De Niro off the project, the role was offered to Gandolfini’s friend and collaborator John Turturro.

That tragic twist of fate ends up being one of the many things in the show’s plus column. It would’ve been hard to watch Gandolfini without seeing Tony Soprano, and De Niro’s star power might’ve overpowered the storyline. But Turturro’s well-seasoned acting chops and average-New-Yorker manner ends up being just what this story needed. Turturro is also the perfect counter-balance to Bill Camp, who brings a gritty, street-smart stoicism to the role of Detective Box.

The Night Of also plugs into a growing national obsession with true crime stories like Serial, Making a Murderer, and The Jinx. The case itself is fictional, but a press release describes The Night Of as delving “into the intricacies of a complex New York City murder case with cultural and political overtones. The story examines the police investigation, the legal proceedings, the criminal justice system and the feral purgatory of Rikers Island, where the accused await trial for felony crimes.”

But right out of the gate, the show’s greatest asset is its writing. The cinematography and even some of the acting is not at the level it could be, but with Richard Price (The Wire) and Steve Zaillian (Schindler’s List) sharing writing duties, it doesn’t matter. The suspense of the whole episode is not the murder (which is not shown), but the aftermath, as path-crossing neighbors, relatives, witnesses, cops, EMTs, detectives, and even the suspect himself all start to realize what just happened and what it means. The gradual, almost real-time unfolding of these events is as gripping as television gets, and a gold standard of what good writing looks and feels like. Every character is well-drawn, but there are no clear good guys and bad guys – just a collection of frail human beings that, as Pascal put it, straddle greatness and wretchedness.

By the time the episode comes to a close, we’re left with a thousand swirling implications: in the foreground, the vacuity and dangers of drug use and the unwieldy and sometimes bizarre procedures of criminal justice; in the background, the racial, cultural, and religious tensions that will inevitably surface as the show evolves.

More than anything, we’re left with that gnawing question that all great shows feed on: what happens next?