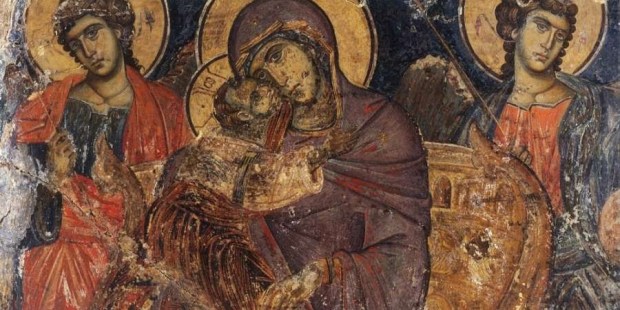 Found in a papyrus dating from the year 250, it is the oldest known Marian prayer to date

The earliest known Marian Prayer, like the Gospels, is written in Greek. That is why, in it, the Virgin Mary is called “Θεοτοκος”, the “Bearer of God”, which is already a theologically relevant detail (as we will try to explain). This prayer, as explained on Trisagion Film’s Website, was “found on a fragment of papyrus that dates all the way back to approximately AD 250”, only a couple of centuries after the Death and Resurrection of Christ, approximately a century before Constantine and the Edict of Milan but, more importantly, two centuries before the Third Ecumenical Council, the Council of Ephesus, in which the Virgin Mary was proclaimed “Mother of God”.

In 1917, the John Rylands Library in Manchester, England, acquired a large panel of Egyptian papyrus, written in Koine Greek (the “Mediterranean Lingua Franca” in which the Gospels were written). The prayer, as explained at Trisagion Films’ Website, is to be found in the fragment labeled under the number 470, and it appears to be from a Coptic Christmas liturgy (maybe Christmas Vespers), although the fragment might as well be a private copy of the prayer.

Beneath thy compassion,  we take refuge, O Mother of God:  do not despise our petitions in time of trouble,  but rescue us from dangers,  only pure one, only blessed one.

For more details, you can visit Trisagion Films’ website here.