Your Daughter is Guaranteed to Love This Group (And You Probably Will Too!)

Chasing something that you’ve never seen, but it’s closer than you think.

How do many music artists get their start today? YouTube. Gone are the days of mailing off your demo to every producer on the planet. With one viral video on YouTube the labels and the agents will come to you.

But going viral isn’t so easy. As it becomes simpler and cheaper to post a video online, more and more artists are throwing their hat into the ring. It has truly become a world stage, and it is becoming increasingly difficult to stand out.

Cimorelli is a group that made the cut. The six sisters (who also have five brothers!) started out by posting a cappella covers of hit songs in front of their house, gaining the attention of the likes of Justin Beiber and Ryan Seacrest.

Their first song? A cover of “Party in the USA” by Miley Cyrus.

It is now almost seven years since that first video. Since then, they were offered a record deal, moved to LA, made some original songs, and picked up millions of fans along the way.

The girls take their rise to fame seriously and seek to always stay grounded and to use their fame as a chance to be good role models to other girls.

The song featured above, “Believe it,” sends a positive message. “Believe it is about believing in your dreams and never giving up. That’s something we believe in,” says Katherine, the second oldest of the bunch. Her younger sister Lauren adds, “It doesn’t matter what people around you are saying, and if anyone says you can’t do something, you have to believe in yourself. Believe it.” 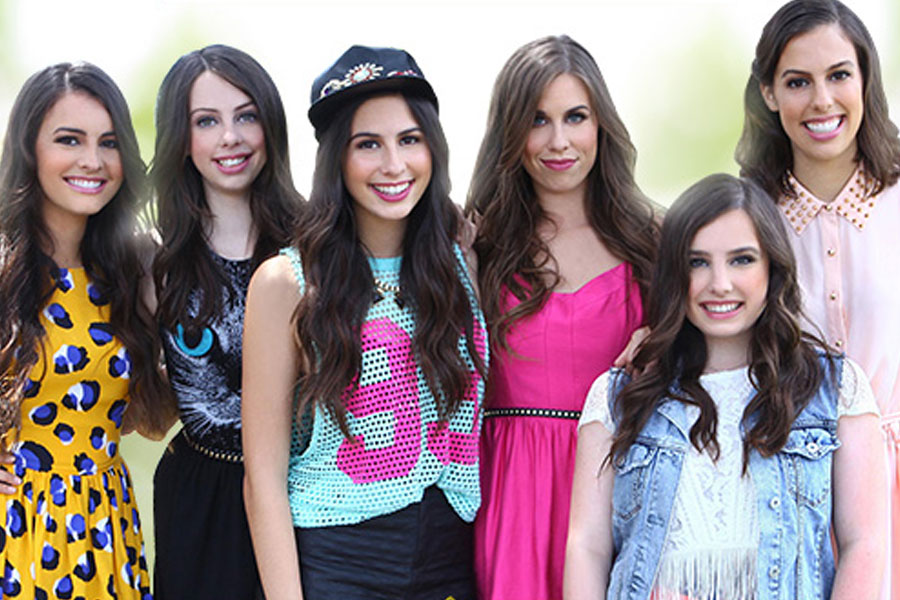