Jesus is real; now, in new film, he will be virtually real 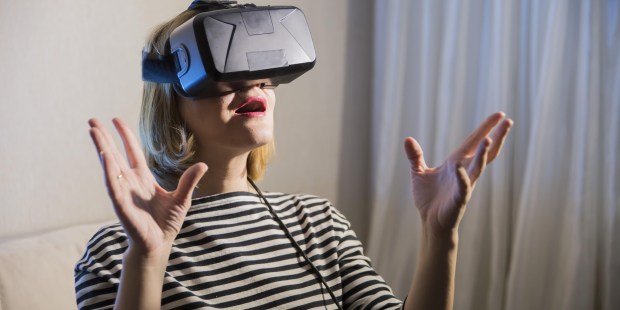 The “greatest story ever told” has taken on life in the many varied stages of film history—from the days of the silent films right on up to Risen. So it’s no surprise that one of the first virtual reality films to be produced would be a life of Christ.

“Jesus VR — The Story of Christ” is set for release this upcoming Christmas. It will tell the Gospel story through the new medium of virtual reality.

As BigThink explains, VR headsets were originally designed to immerse gamers into worlds of fantasy, “but because the headset blocks their view of hand controllers, technologists are turning their gaze toward films.”

The idea of putting audience members literally into the scenes of films is an attractive idea, if potentially gimmicky. The technology draws on the concepts established by theatre companies like Punchdrunk that create an immersive world for an audience to explore while the narrative unfolds around them. …

The British firm Alchemy VR is currently working on a series of immersive natural history films with veteran broadcaster David Attenborough made by “arranging a number of cameras in a sphere and stitching the resulting videos together to create an all-encompassing film.”

Imagine that for the life of Christ: put on your headset, immerse yourself in the scene, and see yourself standing around in the crowd when the short guy next to you decides to climb a tree. His name was Zacchaeus, you know.

Virtual reality allows for the viewer to take more control, opening up a 360-degree opportunity to see any and all parts of the film’s environment, The Wall Street Journal wrote in March.

The Washington Times tells us:

A collaboration between virtual-reality company VRWERX and Autumn Productions, the 90-minute film is being heralded as “the first-ever feature-length [virtual reality] movie.”

The Times notes several similarities between the new VR film and Mel Gibson’s 2004 blockbuster The Passion of the Christ: Father William J. Fulco served as an adviser for both films. And both flicks were filmed in Matera, Italy.

But don’t look for Jim Caviezel on the cross. That honor falls to Tim Fellingham this time.

The concept of VR films, as explained by various media outlets, sounds strikingly similar to the ancient and venerable Ignatian practice of placing oneself in a biblical scene while meditating on Scripture. Will the new technology rise to that level? We’ll have to see.