Pokémon Go, Community Builder? An unlikely trio and a cop get caught up 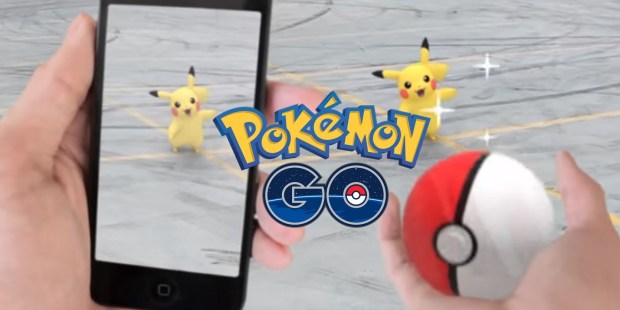 They’re everywhere, apparently. The summer’s hottest craze, Pokémon Go, is sending people to baseball stadiums, museums, restaurants and local business and also, according to folks on social media, into churches (perhaps while the craze lasts, churches who are able might have a priest or parish representative waiting for Pikachu hunters to arrive).

During a week of disturbing violence and questions about whether America has become irredeemably divided, comes this story (LANGUAGE WARNING), which suggests that the game might be one way for Americans to reach out and enjoy each other:

“Couldn’t sleep so I downloaded the game and took a 3AM walk. There is a little park a few blocks from me that had like three Pokestops and a gym, so I wandered over there to see what the game could offer. Picked up an Evee outside my house and a couple of trash pokes on the way to the park.

So, I get there and wander around a little checking out the stops and rustling around in the tall grass…when I hear from the darkness a “Yo, my man!”

Turning I see two sketchy looking dudes on a bench in the dark. I must have walked right past them…One of them waves, “My man, check over by the blue truck over there we got an onyx earlier.”

So I wander over by the truck an dsure enough there’s a…onyx there. Awesome. So I end up chatting with the guys for a bit, told ’em where I got my evee, they convinced me to join red team when I hit level five so we could ‘lock [stuff] down’ in the neighborhood.

Then the cop shows up.

Yeah, so it turns out two twentysomething black dudes and a forty year-old white guy chilling in the part at 3AM looks strange. It took a bit of talking to convince the cop that we weren’t doing a drug deal, and a bit longer to explain the game. Then the cop downloaded the [expletive] game on his phone and asked us how to get started.