What good can a smile do in a world this broken? 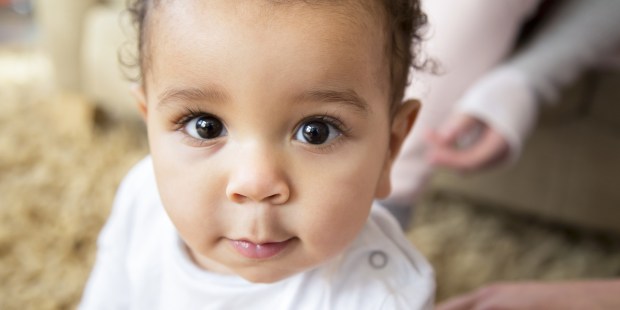 For one thing, it reminds us of something we all need to remember, every day: “it’s not all about me…”

30) Make a point to smile at, greet or make conversation with someone who is not in your everyday circle. (“56 Ways to Be Merciful During the Jubilee Year of Mercy”)

I have to admit I’ve been struggling with how to address this week’s suggestion for practicing mercy. The reasons for my struggle are both personal and timely. On the personal side, as an introvert (loud, opinionated, but still), it often takes an act of will with teeth fully gritted for me to make eye contact, let alone smile at or make conversation, with someone outside my everyday circle. OK, sometimes even with someone inside my everyday circle.

But that’s my problem. On the timeliness issue, after a week like last week, the notion of breaking through our everyday circles of class and race and politics and religion with something as fragile, as Kumbaya-and-peace-sign as a smile or a greeting seems naïve at best. What’s the point? Our circles appear to be as set in stone and as mutually exclusive as medieval fortifications. Even if we could lob a Hello over a wall, is there any guarantee it wouldn’t be returned with a bucket of boiling oil?

Nope. But that’s the reason for doing it anyway.

Both of my reasons for pushing back against this week’s suggestion for practicing mercy are rooted in myself – in my fears, my reluctance to do the work of reaching out, my lack of trust that reaching out will make any difference. But as a commenter so rightly reminded me last week, IT’S NOT ABOUT ME. Hearing yesterday’s Gospel drove the same point home. Doing others the mercy of breaching the circles that divide us is for their benefit, not ours.

Change the center of gravity

The parable of the Good Samaritan (Luke 10:25-37), which we heard in yesterday’s Gospel, “indicates a style of life in which the center of gravity is not ourselves, but others,” said Pope Francis in his Sunday Angelus remarks as reported by Vatican Radio. The story “completely reverses our perspective. It is not up to us, he said, to try to categorize people, to see if they count as our neighbors. Rather, the decision to be, or not be a neighbor, depends on us. ‘It depends on me,’ Pope Francis said, ‘it depends on me to be or not be a neighbor to the person I meet who has need of my help, even if he is a stranger, or even hostile.’”

We don’t get to decide who’s worthy of a smile, a greeting, a conversation, a helping hand. We only get to decide whether it will be we who make the first move. Changing the center of gravity from self to others is not a graceful process. It pretty much guarantees that we will be off balance for a good while, that we will trip up and be clumsy. Some smiles may not be returned. Some greetings will miss the mark. Some conversations could be painful and confusing.

That’s why we can’t do it without Jesus.

Let our eyes be opened

The thing is, we mostly don’t even recognize that we’re inside a circle, or see that there are people outside ours and encircled in their own everyday realities. How often, following the news or social media during the last week, did we catch ourselves saying, “I can’t believe someone would think that, or react that way, or make that claim!”?

There were two blind men sitting by the roadside. When they heard that Jesus was passing by, they shouted, “Lord, have mercy on us, Son of David!” The crowd sternly ordered them to be quiet; but they shouted even more loudly, “Have mercy on us, Lord, Son of David!” Jesus stood still and called them, saying, “What do you want me to do for you?” They said to him, “Lord, let our eyes be opened.” Moved with compassion, Jesus touched their eyes. Immediately they regained their sight and followed him. (Matthew 20:30-34)

In order to practice this week’s suggestion for being merciful – and God, do we not need to practice mercy now more than ever? – we must begin by acknowledging our own blindness to the non-intersecting circles that wall us off from one another. We must pray, shouting if we have to in order to be heard over the shushing crowd, “Lord, let our eyes be opened!” Moved with compassion, he will do it. And then he will send us, moved by the same compassion, to go be neighbors.

It starts with a smile. May it end with binding up the wounds of this mugged and broken world.