The Doctrine of the Twelve Apostles: the Didaché 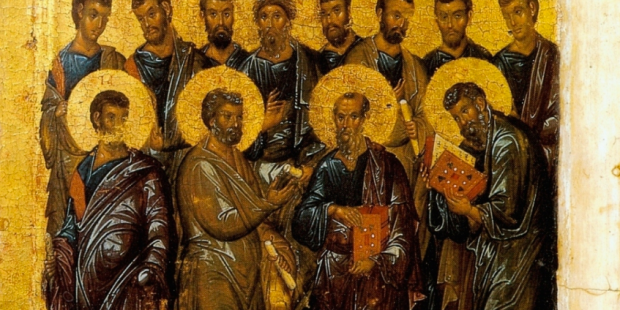 The most precious Christian literature, from the first century

The Didaché, a brief, anonymous Christian treatise, was written between the years 65 and 80 (according to most scholars) and held in the highest esteem by the early Church Fathers.

It is considered that the Didaché, also known as “the Teaching of the Twelve Apostles,” or simply “The Teaching” (“Didaché” means “teaching” in Greek), is a letter that belongs to the very first Christian corpus of literary production. It is considered the first and oldest written catechism, and as such has been respected and preserved to this day.

Both the author and the place where the Didaché was written remain unknown. The original text of the Didaché has survived in a single manuscript, the Codex Hierosolymitanus. Some scholars speak of a compiler instead of an author, who might have also written down some teachings directly from apostolic preaching, either in Syria or Egypt. After the text was lost for years, the Metropolitan of Istanbul, Philoteos Bryennios found a Greek copy in 1873 and published it in 1883. The copy had been written 1056.

The main value of this treatise is that it provides us with extra-biblical data regarding the institutions and life of the earliest Christian communities. The Didaché codifies the rules and moral, liturgical and legal dispositions of the early Church that were considered to be convenient and necessary at the time it was written. It is almost exclusively comprised of “practical” teachings, leaving aside any discussion concerning the dogmatic contents of faith, except in Chapter 16.

There are very few quotations from the Old Testament to be found in the Didaché; instead, the author speaks of the “Gospel of the Lord” (without specifying which of the Synoptics he or she might be referring to), and quotes and alludes to around twenty sayings or statements of Jesus Christ: ten of them literally, and others in paraphrase. Moreover, the author seems to ignore the Gospel of John, and none of St. Paul’s epistles is formally cited.

The issues raised by the Didaché are varied. In addition to authorship and dating, the treatise’s relationship with other Christian writings, such as the Gospel of Matthew and the Epistle of Barnabas, and even with Jewish prayers like the Kiddush, the Amidah, or the so called “manual of discipline” of the Essene community at Qumran, have all been the subject of study.

The Didaché contains the first known instructions for the celebration of both Baptism and the Eucharist, as well as one of the three early known forms of the Lord’s Prayer. If we consider the various translations of the work, the geographical dispersion of the fragments found and the list of later works that depend on it, the Didaché should be more well known among Christians today.

If you want to read the Didaché, here’s a full version of it, in English.