Has your faith encountered turbulence? “Fly the airplane” 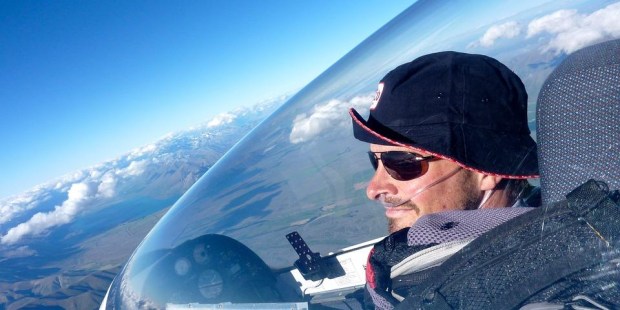 It seems like every year we see at least one live news alert about an airplane on final approach, with a landing gear problem and a pilot who has trained himself to live that mantra, “Fly the airplane.” The plane makes a landing and all passengers survive. On January 15, 2009, US Airways Flight 1549, with 155 passengers on board and Captain Chesley “Sully” Sullenberger at the controls as pilot, flew into a flock of geese that disabled and removed all engine power from his airplane, which essentially became a glider. Captain Sullenberger maintained control of its flight and successfully landed on the Hudson River in New York City. All passengers survived because “Sully” Sullenberger lived the rule, “Fly the airplane.”

I was born in 1936, post-Depression and pre-World War II. I am now 80 years old, and throughout the many years of my life, I have personally experienced many, many winds of change, with hurricane and tornadic forces that felt like they threatened the very foundation of our Catholic faith. The Baltimore Catechism was the foundation of my faith, built and taught, back in the 1940s and 50s, by beautiful Franciscan sisters in a school that no one would ever suspect would be emptied in less than 30 years – bereft of nuns, students or parishioners. The parish was abandoned.

In 1954, when I graduated from high school and subsequently enlisted in the US Air Force, the country’s values, morals and faith seemed to be relatively stable, and so did the Church. When my service was up, I joined the Order of Cistercians of The Strict Observance, OCSO, at a Midwestern Cistercian monastery.

The Cistercian Order was perhaps the most austere monastic order in the United States at that time. One would think it to be as solid as the Rock of Gibraltar. However, even as a novice, I could see, feel and hear the winds of change blowing against the monastery walls, and shaking them. In the spring of 1962, just before the opening of the Second Vatican Council, I asked for a meeting with my novice master and abbot for a kind of review as to where I was, how I was doing and where I was going. Two days later I left the monastery.

When I entered the order, I turned my life over to others to control and direct its flight and direction. Three and a half years later, nobody seemed to be in control or know what was going on in directing my life. In a sense, I realized I had to take control and “Fly the Airplane.”

When I left the monastery there were nearly 150 monks there. Seventeen years later, only 35 remained.

After the Second Vatican Council, which was meant to bring about positive changes, many convents and monasteries were emptied. Catholic schools were closing. The entire Catholic Church seemed to be in chaos. The celebration of the Mass in Latin was abolished. Ancient hymnals and psalters, large hand-printed books of hymns and psalms — printed by monks and used by monks in choir to sing the daily Office — were removed, and in some cases burned. Main altars were reversed to face West rather than East as they had faced for centuries. There was talk of removing the need for the sacrament of confession. Birth control was advocated by many priests. The positive changes seemed not to materialize. Many left the Catholic Church and joined Protestant churches.  Others just gave up on their faith entirely. They let their faith crash, rather than take personal responsibility for their spiritual well-being within Catholicism.

We maintain our faith by simply living it out, throughout our life: by attending Sunday Mass, receiving the Sacraments, (especially the Eucharist), praying the Rosary, reading scripture — teaching the Gospel by living the Gospel as best we can, sometimes using words — and understanding that the graces of His gifts of Love, Mercy and Forgiveness are always the readily available fuel to fly our Catholic airplane of faith to our eternal destination.